Iron Rails, Iron Men, and the Race to Link the Nat... 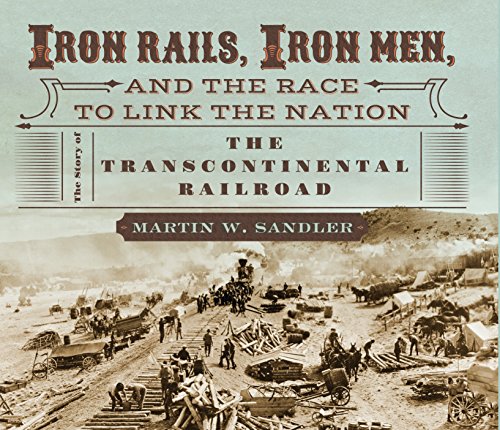 Iron Rails, Iron Men, and the Race to Link the Nation: The Story of the Transcontinental Railroad
by Martin W. Sandler
Age Range - 8 - 12
Genre - Historical Nonfiction

The book Iron Rails, Iron Men, and the Race to Link the Nation is about the beginning of the railroads in the United States. Throughout the book, it gives us extremely vivid details about why the need for the railroads was paramount, as well as the benefits of the new form of transportation and/or industry and its role in the armed forces. There are specific details about the men who orchestrated the entire enterprise. Gazing through the eyes of people like Abraham Lincoln, we even realize why the railroads were crucial for The Union (North) to annihilate The Confederacy (South) during the American Civil War.

Due to the nature of the war and conflict, this book may not be suitable for young children.
KEYWORDS

Read more reviews by this Litpick Book Reviewer: B-M-V-R
Recommend this book and review to your friends on Facebook