Just before the start of the Civil War, the Dunnings, a Mormon couple who have settled in Utah, live in constant fear that their son, Tommy, will be taken away from them. Tommy was taken in after his birth parents were murdered in an attack on their wagon train, and his new mother, Eva, and her husband, Bennett, have raised him for the past three years. However, over in Arkansas, the boy’s biological grandmother, Ruby Seddon, has been looking for her grandson ever since she learned of the attack.

What's this?
Iron Rails, Iron Men, and the Race to Link the Nation: The Story of the Transcontinental Railroad review by B-M-V-R

The book Iron Rails, Iron Men, and the Race to Link the Nation is about the beginning of the railroads in the United States. Throughout the book, it gives us extremely vivid details about why the need for the railroads was paramount, as well as the benefits of the new form of transportation and/or industry and its role in the armed forces. There are specific details about the men who orchestrated the entire enterprise.

What's this?
Last of the Name review by farmgirl5100

Last of the Name is a well-researched story of an Irish brother and sister who have traveled to America to escape the Great Hunger of 1845. Their entire family has either perished or been sent to Australia, except for their grandmother who joined them on their trip to the U.S.A. Shortly before dying on the trip to the U.S.A, their grandmother gave them a family "treasure." Now the siblings have to make their way in the new world, which includes getting jobs, changing their names, and sadly for young Danny O'Carolan, pretending to be a girl.

What's this?
The Life of Frederick Douglass review by NatsustayHappy

Frederick Augustus Washington Bailey, better known as Frederick Douglass, was born a slave in the United States. Ever since he was a small child, he knew the horrors of the practice of slavery. All throughout Frederick’s life, he fought for the downfall of slavery. As an escaped slave himself, he preached to the people about his story. Large crowds would gather to hear the story of a man who grew up to work for his owners, and Frederick was happy to tell.

It’s the year 1861. Joe Wood is a fourteen-year-old in the village of Wiscasset, Maine. With his big dreams of becoming a newspaperman, he has started writing his own newspaper, the Wiscasset Herald, by borrowing sixty-five dollars from Mr. Shuttersworth. With the help of his assistant Owen, Joe tries to raise the sixty-dollars he owes him. But with the Revolutionary War just around the corner and Owen struggling with being made fun of for being black in a white community, he doesn’t know if he’ll be able to save his newspaper business.

Written as a two act stage play, we follow the story of the souls of those who are buried at Westminster Cemetery. Westminster Cemetery is famous for being the final resting place for Edgar Allen Poe. We meet the main character Lacy Brink. She is classified as a modern when she wakes up dead and the other souls who awaken all died before 1913. She learns of the strict routine and rules that the dead follow. If they don't follow the rules, and there are a lot of them, they receive strikes.

What's this?
Freedom for Me: A Chinese Yankee review by Oldies_But_Goldies

Looking for an attention-grabbing story? Maybe some adventure as well? Look no further! In this story, Thomas is a young Chinese Yankee who works his way into the Union Army to battle in the Civil War. However, for a Chinese teenager, war is not the only conflict. Thomas must fight against the teases and prejudices of the other soldiers, while at the same time fighting against his own negative feelings and doubt. Will he be able to get freedom, not just for the slaves, but for himself?

What's this?
This Is Our Constitution review by Jonny

This Is Our Constitution by Khizr Khan is a well-written book that explains the Preamble, Articles, and Sections of the U.S. Constitution and its Amendments. It highlights the history behind why the Declaration of Independence and Constitution were written and describes how devoted our founding fathers were to create them. It explains several Supreme Court rulings and why they are important to our history.

What's this?
Freedom for Me: A Chinese Yankee review by moseso 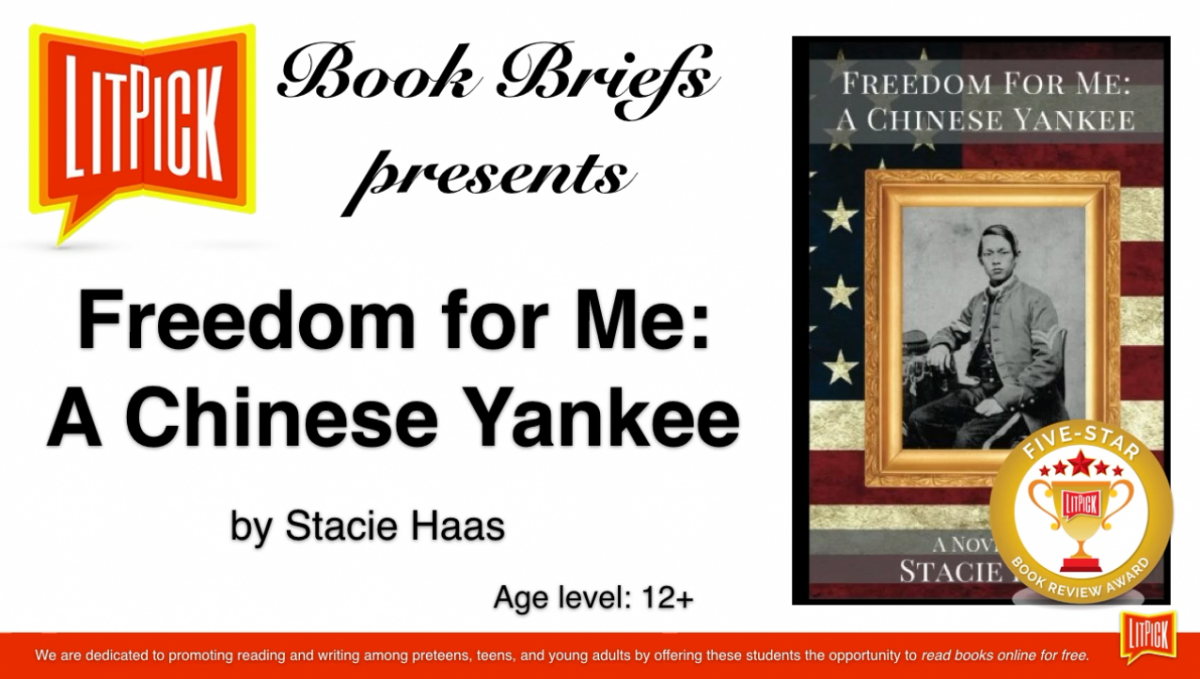 What's this?
Blowback '63 review by jotaf

Blowback ’63 is the continuing story of Arky and Iris on their quest to rescue their mother from the past. It’s been five months since Matt returned from the Carlisle Indian School and 1907, but the twins haven’t made any progress toward finding their mother. Iris is determined to figure out the secrets of their family’s magical cor anglais, or English horn, that has the power to send people back in time. She is certain that the magical instrument is the key to finding their mother.