His Dark Ways review by kanati 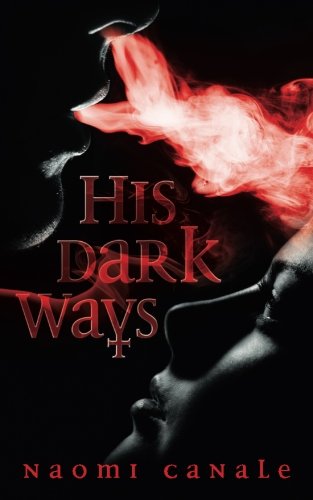 Savanna Christy is your average, rebellious, preacher's, teenage daughter, until he appeared. Savanna and her friends were performing a satanic séance in an abandoned hotel when something came after them, dragging her away. Luckily for her, Daniel (a spirit trapped between this world and the next) helps her escape. From that point on, he is the center of her world. But when the doors to Hell open nothing is as it seems and Savanna quickly finds herself in a dangerous position. To learn how she finds her way out read Naomi Canale's His Dark Ways.

His Dark Ways by Naomi Canale is a sensational supernatural thriller with an abundance of exciting plot twists. Canale's eloquent writing style clashes beautifully with its dark subject matter to create an enthralling masterpiece. The contrast between Savanna and Daniel's thoughts throughout the book helped bring out the traits that made them so endearing and realistic as characters. The only thing I would have changed was the ending because it stops on a suspenseful note that could be a starting place for a sequel or simply a tortuous cliff-hanger that will never be resolved. This book is great for any teenage girl who loves a good supernatural thriller and I would definitely recommend it.

Read more reviews by this Litpick Book Reviewer: kanati
Recommend this book and review to your friends on Facebook