Happily Ever After High School review by Gracie 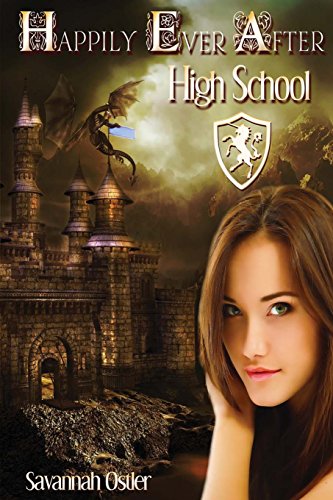 Albany French is a teenager with a love for fairy tales. Her mother died when she was four and her father has never been himself ever since. She moves in with her grandmother, eager to stay with her but a little reluctant to leave. When she gets to her new home, she has absolutely no intention of going to the new high school her grandma has enrolled her in.  However, this isn’t any normal high school; this  Happily Ever After High! She meets her fairy godmother, who tells her about her past as well as her parents, and also that a knight/beast, who fell in love with her mom, killer her because she didn’t like him. Albany's fury over what the beast did is raging inside he and she vows to herself that she will be the one to kill him once and for all.  She must find her true love and use the beast’s weakness of true love to stop him. But will she be able to find her true love in time?

I thought this was a good book and it kept me interested, but I personally think it was really short. Hopefully, the next book will be better. It didn’t seem that exciting in the last chapter either. The last chapter wasn't as thrilling and was as if the character did the task she was supposed to do, but without as much emotion as she did in the last chapter before. That last chapter should have had the most emotion in it, but it didn't have the feeling that the rest of the book had.That part could have been improved, but overall it is a good read. I personally didn’t like the ending much but I am dying to read the next book in the series.

It didn't have any inappropriate words and the fighting wasn't violent.
KEYWORDS

Read more reviews by this Litpick Book Reviewer: Gracie
Recommend this book and review to your friends on Facebook