Five Ancestors Out of the Ashes #1: Phoenix review... 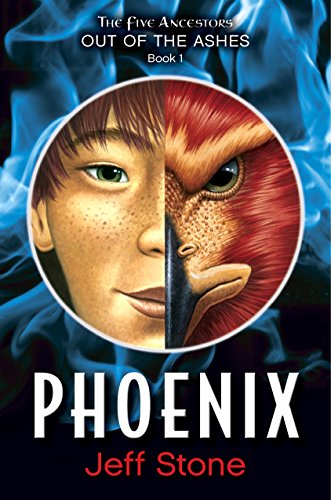 The book Phoenix, by Jeff Stone, is an action-packed adventure book! Phoenix Collins lives with his grandfather, who is teaching him kung fu. Phoenix is an excellent mountain biker, and while he and his grandfather are at one of his races, their house is robbed, and the thing Grandfather has depended on to stay alive, powdered dragon bone, is stolen.

Phoenix decides to go to China to try to get some more. While there, he meets a girl who is an amazing bike mechanic. She's nice, but he can tell that she's hiding something from him. Phoenix decides to ask her to translate for him, but then she learns about his family secret, one that Phoenix only just learned about himself.  Meanwhile, Phoenix's grandfather is slowly dying.

Will Phoenix get dragon bone in time to save his grandfather?

I would recommend this book to middle school kids, especially those who like mountain biking. It has a little bit of violence, but only near the end. The author is good at making you feel what the characters in the book are feeling. I really liked Phoenix, who had faults and wasn't picture-perfect, like some characters in books.

There is a bit of violence near the end, but it's not too graphic or detailed.
KEYWORDS

Read more reviews by this Litpick Book Reviewer: Tenaya
Recommend this book and review to your friends on Facebook