The Dragon Round review by jotaf 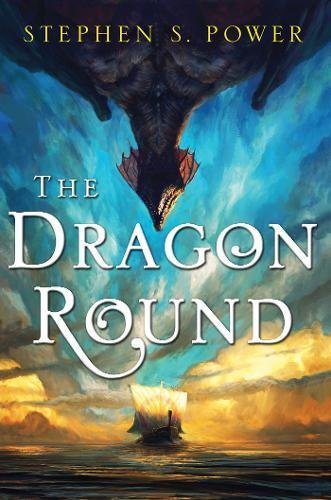 The Dragon Round
by Stephen S. Power
Age Range - 12 and up
Genre - Adventure

The Dragon Round is a book about Jeryon and an apothecary named Everlyn.  They are two of the many people commissioned to sail to a foreign land to collect some medicine.  There is a deadly disease called the flox that is raging in Jeryon’s home town of Hanosh.

Sailing on Jeryon’s ship, The Comber, everyone has hope that they will be able to bring back the medicine for the disease quickly, easily, and cheaply.  There are no problems collecting the medicine, but getting back home is an entirely different matter.  Pirates have been reported to be sailing those waters, but the real problem that comes up is one that no one expected.  A dragon spots them.  Having no choice but to fight it, a fairly large portion of the crew miraculously survives.  Jeryon hopes to have an uneventful end to their journey, and still be able to bring back the medicine.

Unfortunately, though, circumstances go from bad to worse; the rest of the crew grows restless with the way he captains the ship, and they decide to mutiny.  He is given the Captain’s Chance which is to be put in a boat with no sails, oars, food, water, or anything else that is essential.  Everlyn chooses to go with him because she does not want a hand in his death.  They get lucky, and land on an island, but with no hope of getting back to Hanosh to see justice served, that doesn’t really get them anywhere.  That is, until they find a dragon egg on the island.  Could this be the miracle they were hoping for to get them off the island?

I thought this book was great.  It had me hooked from the very beginning and didn’t let me go until the epic conclusion.  Even then, it left me wanting more, and I hope that there will be another book.  The author, Stephen S. Power, gave the characters very realistic traits.  One of the most prevailing traits in some of the characters was revenge, which you can easily associate with some people’s natures (although not to this degree).  I must admit, when I first saw the description of the book, I had thought it a wild combination, but the author makes it all work together perfectly.  This book will appeal to many readers as it has the aspects of a murder mystery, a swashbuckling adventure, and a vengeance story all rolled into one that make it an amazing read.

There was a lot of death, some of which were pretty gory. There are also some bad words and some nudity.
KEYWORDS