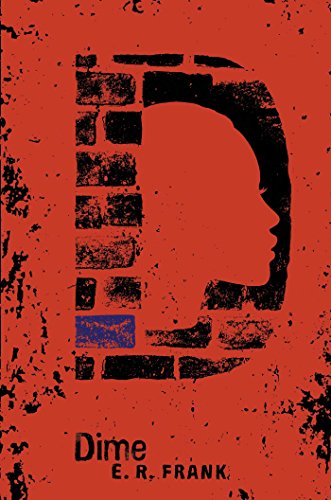 Dime had a loving family a long, long time ago. Yet that’s so far gone now, that all she remembers is the smell of barbeque chips and the scratch of a watch on her shoulder. Dime is a foster child. Her foster mom, Janelle, blames her for her babies being taken away. Dime is okay with that, until Janelle starts to drink and abuse her.

Dime then meets a woman named L.A. and she goes with her to meet Daddy. Daddy makes her feel loved, and lets her stay. But soon he puts pressure on her to do things she doesn't want to do. Dime knows she deserves a better life, but she feels powerless to leave her oppressor. That is until she realizes that there is a way out, and she could save the others.

So she plots to write a letter, to double as her suicide note and tell the police to shut down Daddy's operation. Dime struggles with the perspective from which to write her note, trying to choose between Money, L.A., Brandy (another girl at Daddy's), or even little 11-year-old Lollipop who comes into the ring and changes everything. Dime always intended to commit suicide and by doing so she thinks she can save the others, but will it work?

First, I'd like to say that when I read the description of this book I thought it said "Danny," not "Daddy." So I didn't realize what it was about, and I thought it was a kidnapping/runaway mystery. I would not usually pick this type of book; I am a fantasy nut.

Even so, it was actually pretty good, though it’s not a favorite at all. However, the characters are incredibly described and well thought out. The author truly made them come to life, and not many other authors can do so.

I liked how the author repeated the first chapter later in the book and used it as a sort of second prologue to the book. I also like how the ending was left open. What happens to Dime? Will the baby be okay? What about Lollipop, Brandy, and L.A.?

I wouldn't recommend this book to my friends because of its subject matter. To people who like this book I would recommend "The Death of Bees" by Lisa O'Donnell. It has a similar plot, but prostitution isn't included. Instead, there’s murder and drugs. It's not quite as harsh and shocking a situation as the one Dime finds herself in.

It's about prostitution, and an 11-year-old gets pregnant. Drugs are mentioned.
KEYWORDS

Read more reviews by Litpick Student Book Reviewer: Katiedid.Break
Recommend this book and review to your friends on Facebook