The Devil You Know review by Ashez55 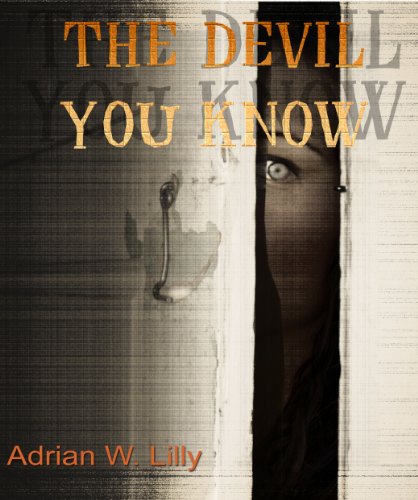 "The Devil You Know" is a story about Julie Collins and her unfortunate predicament. For most of her life, she resided in the city, and spent a lot of time with her best friend Marie-Do. However, due to her cancer-stricken father, Julie's parents decide the best way for him to go is living out his days in the comfort of his childhood house. When they arrive, Julie admires the grand old house, dusty but lavish just the same. A second glance at the ornate front door has her shaking in terror, when the image of an angel morphs into a scythe-bearing child demon. That was just one of many paranormal warnings Julie encounters throughout her stay. Her parents begin acting odd, refusing to allow her to call Marie-Do, experiencing severe mood changes, and most of all, aging faster than she thought possible. The library, a shell of what it was before a fire ravaged its insides, holds many secrets, as do the strange townspeople Julie encounters. The one other sane person she meets, Vance, also finds the place to be unnaturally wrong. What is going on?

When I began the book, I really wanted to like it. I'm glad to say the grammar isn't too distracting, though the story got more convoluted the farther in I got. The plot line seems weakly fabricated, adding characters and sinister events whenever it dulls down. I wonder at some of the ridiculous stunts the three friends are forced through, especially the land crumbling to reveal a raging river of death when they try to escape. It maybe would have made more sense to, oh, I don't know, have the demon townspeople who were in hot pursuit round them up. I think the love story is rushed and unnecessary, as was the addition of Vance's family to the cursed deal. Much of the story is a filler, and a boring one at that. I'm thoroughly confused as to why both sets of parents carried their charade through a majority of the book, when it would have benefited them more to lock the children up until the night the ritual was to take place. As they are implied to have done this same thing countless times, I would have assumed they had a plan down pat with no room for error. Overall, I found the idea intriguing but rather poorly executed.

There is some swearing and little romance between the love interests.
KEYWORDS

Read more reviews by this Litpick Book Reviewer: Ashez55
Recommend this book and review to your friends on Facebook