The Children of the King review by underwood_bcl 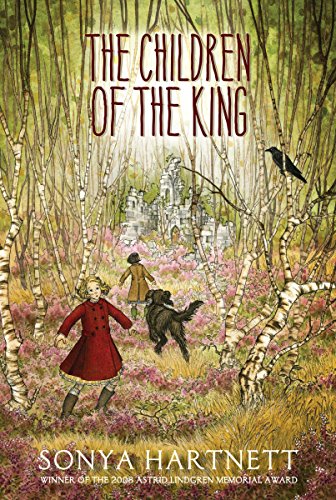 I read the book The Children of the King by Sonya Hartnett. It is about two children ,Cecily and Jeremy, who live in England during World War II. Their mother decides that it is not safe for them in the city and takes them to the countryside to live with their Uncle Peregrine. At the train station Jeremy sees all the refuges and wants his family to care for one of them. Their mother agrees and Cecily pick out a ten year old girl named May. At Uncle Peregrine's May and Cecily find two boys seeking refuge in what's left of an abandoned castle. After Uncle Peregrine tells the girls a story they realize that the boys might be ghosts of two princes who should have become king. While the girls are having fun Jeremy is unhappy because he thinks that hiding from the bombs is not what he needs to do. Jeremy runs away to the city and arrives at night when planes are starting to bomb. Jeremy hears a bomb and runs toward the noise. When he gets there he hears a man calling for help in a cellar full of water. He gets the man out and runs to his house where his father puts him back on a train the country side.

Read more reviews by this Litpick Book Reviewer: underwood_bcl
Recommend this book and review to your friends on Facebook