Friendship dolls are being sent to Japan as a peacemaking gesture. Eleven year old Electra (Lexie), Lewis is helping her school buy a friendship doll for Japan. She lives with her Grandma and Grandpa because her mom lives in San Francisco as a singer for a night club. Her dad was killed in an automobile accident when Lexie was younger.

What's this?
Secrets and Spies: Plague review by underwood_bcl

Wonderful, mysterious, surprising, and scary all describe the book, Secrets and Spies, by Jo Macauley. Beth has talent  for acting but she is also a spy that has helped save London. She is about to do it again, although she does not know it. The King's Theatre is working on the play, Love's Green Garlands, when the king's cousin demands  a part in the play. The only part they can give her is small part but she quickly takes over most of Beth's part before anyone can stop her.

What's this?
Ruby Redfort Look Into My Eyes review by underwood_bcl

Ruby Redfort is an expert at breaking codes.  At seven years old she won the Junior Code-Cracker Championships by cracking a code in only seventeen days.   When she entered the Junior Code-Creator Championship her code was sent to the university where it took professors two weeks to solve it.  This book takes place when Ruby is several years older.  She is even better at writing and cracking codes.  Consuela Cruz, the Redfort’s new dietary expert, has an argument with Mrs.

What's this?
Seasons of Raina review by underwood_bcl 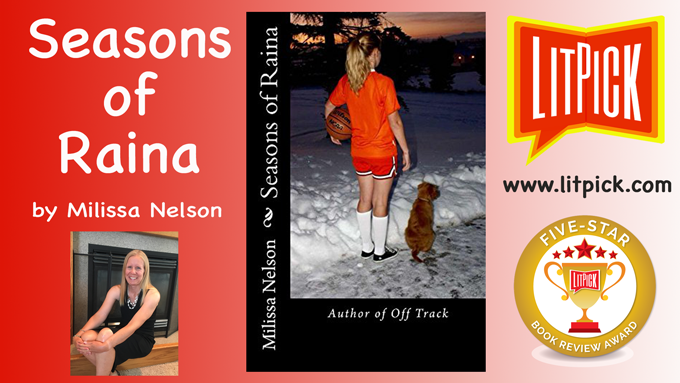 Are Lara's visions a gift or a curse?  Lara grows up the daughter of a kennel steward in Russia.  She has a way with dogs that no one else has and has been promised the job when she grows up.   When Papa says a puppy won't live Lara decides it will after a vision she has.  Papa allows her to keep the pup but makes her promise never to speak of the vision again.  Not only does Lara have to hide her visions but she also finds out she has to leave her beloved dogs.  When her new brother arrives Lara finds out that the position of kennel steward is no

What's this?
Storm review by underwood_bcl

Sixteen year old Sebah looses everything she ever knew because of a giant flood.  Sebah and a boy, Aban, live in the trees until the water gets so high they are forced to build a raft.