The Carver (Order of the Bell) review by Kevinham... 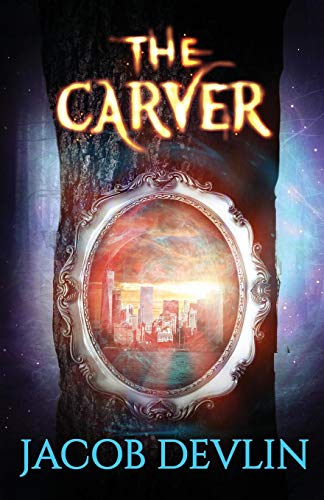 The Carver by Jacob Devlin starts off with fifteen-year-old Crescenzo living in Virginia with his dad and a strange neighbor named Pietro. His only friend and mother have disappeared. While living there, his dad made and gave him strange detailed carvings of people that he didn’t even know. For all he cared, they were just stupid toys until his father disappeared, too, and left him with Pietro.

Pietro makes wild claims that Crescenzo’s dad is Pinocchio and that he himself is Peter Pan. Pietro insists that they could get all their loved ones back if the Crescenzo joined him to find the people the figurines signified. While traveling, they meet a girl in a red hood who claims that her mother has also disappeared. As the story continues, even more strange things begin to happen.

The Carver started off as if you were in the middle of the story, which could be a little hard to follow, but the storyline quickly became understandable, and I enjoyed what was going on. The plot was incredibly creative, and when I was reading in bed, I would stay up later than usual in order to find out what happened next.

Jacob Devlin did a splendid job making the characters come to life, and it wasn't hard imagining them in my head. Of all the books I've reviewed, this is by far my favorite.

There was a relationship between a boy and a girl, but it was very mild. There was no language.
KEYWORDS

Read more reviews by this Litpick Book Reviewer: Kevinhamster
Recommend this book and review to your friends on Facebook