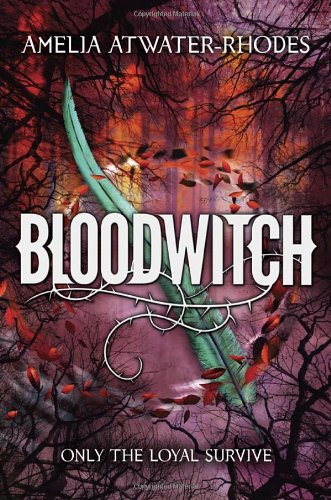 Vance had lived with the vampires of Midnight ever since he was abandoned as a baby quetzal. He never thought ill of them; he was completely loyal. Never once did he doubt them or even really question why he was 'caged' in his greenhouse. None of it really mattered, he was grateful for them.

But then, he meets a fellow shapeshifter after an act of violence makes him leave his sheltered home. The shapeshfter, Malachi Obsidian, offers very conflicting ideas of Mistress Jeshicka, who Vance had before believed in whole-heartedly. Malachi claims that Vance is a Bloodwitch. One with power that Jeshicka seeks to control. Vance, however, doesn't want to believe that Mistress Jeshicka would do such a thing, much less hurt anyone.

Soon after, his friends and the people he cares about begin to succumb to strange illnesses. And he realizes that he must make a choice: rely on the shapeshifters that despise the vampires he always relied on, or stay with the vampires despite everything he's been told.

The only thing that is clear is that Vance's world isn't as perfect as he once believed it was.

This was a very engaging, fast-paced story. I absolutely loved the characters. My favourite being Vance, who went through a lot of changes throughout the novel. It was interesting to follow the progression because I was able to see how his eyes opened about the world around him, and how he began to see things differently. In other words, he became a better person for it. It was, in my opinion, really amazing to see this sort of transformation with the character development, even more so when he discovered the world he had always been curious about. Not ony that, but I loved the setting: the basic human dystopia in which something else was the the top of the 'pyramid', so to speak. Long story short, I'd highly recommend this to anyone who enjoys fantasy.

Read more reviews by this Litpick Book Reviewer: Ravette
Recommend this book and review to your friends on Facebook