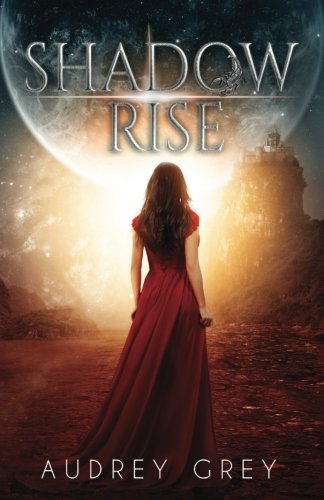 Shadow Rise
Audrey Grey
Terrorist. Rebel. Traitor. One rash decision during the Shadow Trials led to unspeakable horrors that left innocents dead, friends injured and hunted by the Empire, and Maia Graystone imprisoned in the Tower at the Archduchess’s mercy. Unsure if Riser Thornbrook survived, Maia must find a way to battle the Empire from within its own walls and escape so she can fulfill the promise to her father and stop the asteroid. But when she breaks free and joins Nicolai's Rebel army, she discovers she’s been branded a traitor. With war between the Rebels and the Empire looming, old alliances shifting, and suspicion hanging over her head, she must fight in the Rebel Blood Courts—and win command—to regain their trust. Only problem is, first she has defeat the reigning champion, someone she knows all too well. Will Maia’s emotions lead to her defeat, or will she rise up and claim her victory?
5 Votes

Shadow Rise is the continuing adventure of Maia Greystone. Maia was unable to accomplish her mission in the first book and is now, as a result, being held captive by the Archduchess. The Archduchess is cruel and uses demonic and twisted torture methods. Maia hates this and wishes she could have stopped the bombing. When she finally escapes, she is branded a traitor by the rebels. How will Maia be able to stop the meteor Pandora when she is being hunted by the Archduchess and not trusted by the rebels?

Shadow Rise (the second book in the Shadow Fall series) is a science fiction book about Maia Greystone and her journey to save Earth. After Maia escapes from jail, she winds up finding her friends, only to find out that they, including her long-lost brother, think she is a traitor.

Shadow Rise is the second book in the Shadow Fall series. In the first book, she fails to stop a bomb from blowing up the city, which included the place where her dad lived. Instead, she is caught and being held prisoner by the Archduchess, an evil woman who exemplifies her character by using excruciating torture methods. Maia endures this torture and can't stop thinking about how she could have prevented the bombing. When she finally escapes, she is branded a traitor by her past friends but continues on the quest to stop the meteor destined to destroy everything.

No longer masquerading as Everly March, Maia flees the Island and joins up with the Fienan Rebels. Unfortunately, nothing is as she expected. The boy she loved no longer remembers her, the people she fought so hard to save don’t trust her, and her brother is a total stranger. On top of that, Maia has less than a week to stop the rebels from making a terrible mistake that will cost them all their lives.

Audrey Grey's Shadow Rise is the story of a girl named Maia Greystone. She is the strong main character though she has her downfalls and shortcomings. The book starts with her remembering the bombing from the previous book. She is being tortured by the Archduchess and plans to escape. When she does, she finds herself in the hands of the rebels, who she thought were her friends.