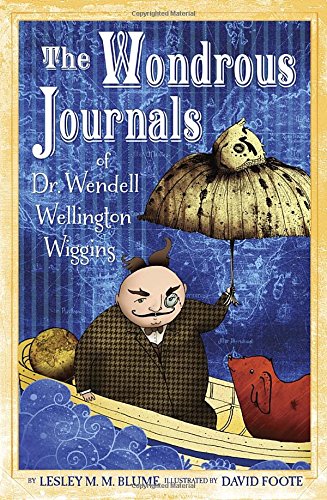 The book starts with a scientific meeting where the topic of discussion is the recent discovery of the 100 year old scientific journals of Dr. Wendell Wiggins. The  book is a detailed description of the journals. The book reveals an around the world journey by a young British college graduate. The young scientist,  Dr. Wiggins writes the journals during his travels to discover evidence of ancient  extinct species and find how and why they went extinct. His first stop is South America, there he finds remains of Ancient species such as the Umbrella fish and discovers why it became extinct . There he also encountered his pet Gibear who becomes his companion for the rest of the story. After his stop in South America Dr. Wiggins continues around the world where he finds remains of many other extinct species and a reason for their extinction. The book is an amusing tale of discoveries that illuminate the natural world further back than even the dinosaur.

This was a great book, I would recommend it to children with a large imagination and an interest in the natural world. The book describes sparsely populated wilderness areas around the world.  Dr. Wiggins describes animals that we never would’ve imagined because they are so different from animals we see now. The book was most often lighthearted and very amusing; the described animals were ridiculous in appearance and lifestyle. Sometimes the absurd appearance of the animal was the cause of them going extinct. This book also had a sad note as some of the creatures had a slight human resemblance or a human emotion such as greed and these traits led to the animal’s extinction.

This is a wholesome story with no offensive content.
KEYWORDS

Read more reviews by this Litpick Book Reviewer: jamesgillam
Recommend this book and review to your friends on Facebook