Will Wilder: The Relic of Perilous Falls review by... 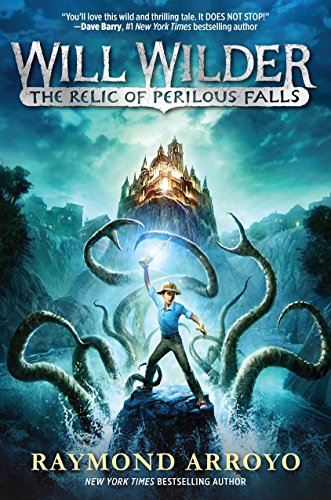 The book Will Wilder introduces us to a young boy named Will Wilder. Will is a descendant of the legendary Jacob Wilder, founder of Will’s small and humble town named Perilous Falls. Will has always had a special ability - he can see otherworldly creatures that threaten his town. He’s never really thought much of his abilities until an incident at his brother’s birthday party.

This was an exceedingly good book. This is definitely a great new addition to the genres of fantasy, fiction, and adventure. It has suspense, adventure, fantastic characters, and witty dialogue. The author wrote the book based on the Catholic faith and added some interesting twists as well. He combined sharing the beliefs of many people with a good story that calls for attention and will be a great success. This book will serve as a model for good literature in the future.

This book, as mentioned above, is written from a Catholic Christian perspective.
KEYWORDS

Read more reviews by this Litpick Book Reviewer: Jonah Ross
Recommend this book and review to your friends on Facebook