When the World Ends... review by vbobrocks 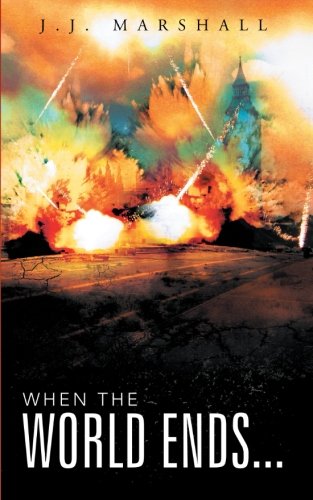 Alec Corbett took one look at the document and knew he needed to act, and act fast.  Living with his father on the International Space Station, the ISS, had never been fun; Landon Corbett was a member of the Board of Officials, a group that pretty much dictates humanity, and had become completely heartless during his membership.  Angry with his father, Alec finds plans that the Board, specifically Landon, made to murder thousands of people.  They wanted to make it look like they were helping the unfortunate humans living on the devastated Earth; Alec realizes that it is time to stand up to his father.  He befriends some of the impoverished inhabitants of the ISS and together they form a terrorist group and hatch a plan to stop the Board and its cruel doings.

J.J. Marshall managed to concoct a thrilling plotline with relatable characters in When the World Ends…; a self-published dystopian novel.  While self-publishing is quite a feat, it has its downsides as well.  The novel had loads of errors; spelling, grammar and punctuation.  Although I definitely recommend it to middle school dystopian fantasy readers, I would wait to read it until a later edition because of the errors.  The story itself is excellent, so keep it on your list of books to read and get the next edition as soon as you can.  If you love dystopian fantasy and science fiction, this book is for you!

This book was appropriate for middle schoolers - there was nothing offensive that I could find.
KEYWORDS

Read more reviews by this Litpick Book Reviewer: vbobrocks
Recommend this book and review to your friends on Facebook