An Uncertain Choice review by Star360 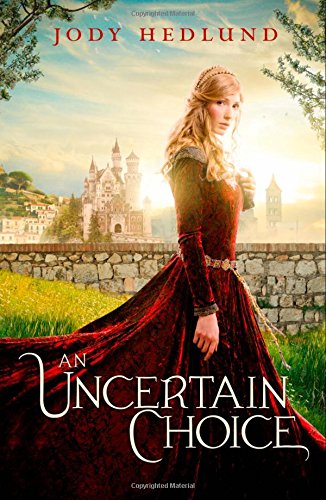 Most seventeen-year-old girls in the kingdom of Christendom are busy flirting with young men, but Lady Rosemarie is a rare exception. Her now-deceased parents desperately wanted a child, so they used the Tears of the Virgin Mary. The miracle came with a heavy price. When Rosemarie turns eighteen, she must become a nun. Since she’ll still rule her land from the convent, she’s prepared to give her life to God. A dramatic change comes a month before her birthday with the arrival of her godfather, the Duke of Rivendell. He explains that due to a hidden clause, Rosemarie will not become a nun if she marries her true love before she’s eighteen. To speed up the process, the Duke has brought the bravest knights in the land to vie for the lady’s hand. Rosemarie is shocked, but the chance of true love is too good to pass up. Yet coquetry and courtship are overshadowed when some of her suitors are mysteriously injured. That, combined with the illegal tortures going on in the village, warns her that something nefarious is behind the seemingly lucky clause. Can Lady Rosemarie solve the puzzle before she or her true love get hurt?

I’ve been warned not to judge a book by its cover, but An Uncertain Choice really defies the popular saying. Its cover shows an attractive royal twirling her long blond curls as she stares uncertainly at the viewer. Frankly, that’s all that you need to know about the book. Lady Rosemarie is a sweet girl, to be sure, and her opposition to torture is honorable. Unfortunately, she’s also indecisive and naive.  The supporting characters are given a regrettably superficial treatment. For instance, when the knights are introduced, more time is spent discussing their manly frames, muscular bodies, and strong shoulders than their personalities. Rosemarie is expected to marry one of them; shouldn’t she get to know them a little better? My major issue with An Uncertain Choice was its emphasis of Rosemarie’s potential grooms. Rosemarie is very young, and she has a lot to learn. I understand that the setting is the medieval times, but as an author, Hedlund could have altered the plot so that she’d spend more time enjoying her youth. Look at Disney’s Brave and Frozen. Its princesses set a wonderful example for girls in showing that a woman’s happiness does not have to depend on a man. I’ve got nothing against marriage or love, but in a society where women have fought so hard to receive equal education and career opportunities, I’m appalled that underage marriage is written about as a good thing. As for the Christian message, it is pretty light. There are themes of morality and a few prayers, but nothing that would make a non-Christian uncomfortable. Overall, the plot idea was interesting (if somewhat predictably executed) and, for me, very thought-provoking. I give this YA novel two and a half stars not because of a low quality of writing, but because I believe that some of its themes are not aligned with what a modern girl should aspire to do.

This is a Christian teen romance set in medieval times.
KEYWORDS