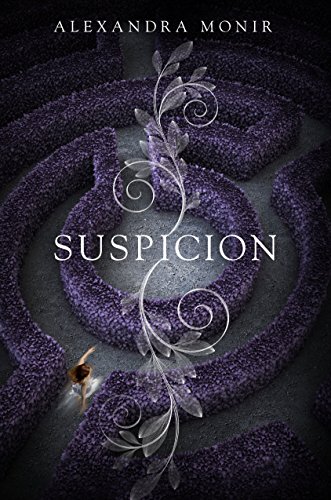 This book follows the life of 17 year old Imogene Rockford as she is thrown into the life of becoming the duchess of Wickersham after the death of her cousin Lucia and grandfather. Plauged by the ghosts of her deceased family, Imogene discovers a secret that has been hidden by generations that will change her life forever. She learns that Lucia's death may not be an accident and enlists Lucia's ex-boyfriend (and her long time crush) , Sebastian Stanhope, to get to the center of the garden hedge maze where all the answers lie. The only problem? No one has been in the hedge maze since a fire had taken the lives of her parents. Armed with the knowledge that dangers only she can face are inside the maze, the true meaning of Lucia's death is not  the only thing that Imogene and Sebastian are looking for in the maze. They are also looking for the legendary water stone, which the fifth duchess of Wickersham was rumored to have hidden in the maze, and which gives the wearer completecontrol over the four elements.

I was a little dissapointed with this book. The story and the plot were rushed, and we barely ever get to see Imogene's character devenlopment as far as her powers go. Plus she crushes on her dead cousins boyfriend, and expects him to like her back (which *spoiler alert* of course he does because who doesn't love the female protagonist). The book was too fast paced, should have been longer and had more plot and character development, and my biggest pet peeve of this book was everyone was okay with Imogene going to England by herself at 17 years old. Her foster parents were against it at first but after promising to skype everyday (which they didn't do) the were super okay with Imogene going back to the place where her entire family had died violently. All in all, two stars was all this book deserved (it got an extra star for having a very very beautiful cover)

Read more reviews by this Litpick Book Reviewer: 123evae123
Recommend this book and review to your friends on Facebook