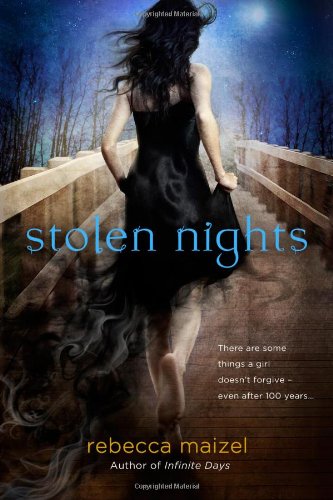 In Stolen Night, vampires Leanh and Rhode, who were supposed to die after performing ritual spells are now alive. Rhode had decided to turn Leanh, the Vampire Queen, into a human. Leanh then also decided to turn her friend Vicken human. He somehow survives as well. No longer the vampire queen, Leanh is now forced to fight an evil vampire who is out to get her and her friends. Will she be able to defeat the vampire or will the vampire get to her first?

I believe that Stolen Nights was a fantastic book. I was absorbed in the story and unable to remove the book from my sight. I finished it in two days.

Stolen Nights was an amazing book to the very end and was able to satisfy me enough to not complain about the story (which I usually do). Leanh, the main character who told the story, allowed the reader to feel what she was feeling from her point of view and what it felt like to be left out in the dark by the person who you love the most.

Read more reviews by Litpick Student Book Reviewer: Lucy
Recommend this book and review to your friends on Facebook