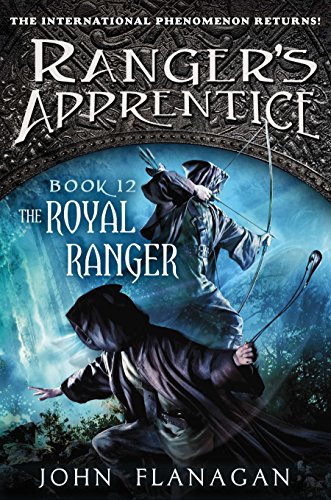 In the kingdom of Araluen, Will Treaty is a legend. Not only has he saved the lives of his mentor Halt and Skandian leader Erak, but he’s also stopped the evil lord Morgarath and the cult known as the Outsiders. But as he grapples with a dark personal demon, Will Treaty is no longer the hero Araluen once knew--he is a shadow of his former self. His life has become a quest for revenge against the worst enemy he’s ever faced. To help him with this problem, Halt decides to give Will a mission to distract him--train his own apprentice, just as Halt did for Will. But it’s one of the last people Will ever expected, and at times the duty seems almost impossible. Yet the two gradually grow together, and the Royal Ranger soon begins gaining recognition throughout the land.

This book was a welcome surprise for me since I thought that the Ranger’s Apprentice series had ended with Book 11, The Lost Stories. To my delight, I found a completely new adventure! This marks the first time in which Will acts as a mentor, and it’s such a refreshing change to see his journey come full circle. John Flanagan did a perfect job characterising Will as a mentor. The titular Royal Ranger’s transformation was also detailed very well. At the beginning of the book, she’s a spoiled brat, but soon begins to learn important skills and metamorphoses into a bold girl. Her and Will’s relationship also changed from icy to heartwarming. One notable feature about the book is that Halt and Horace don’t play a key role in it, but I loved how this symbolised the changing of the guard.  The writing is in the style that is to be expected of Flanagan--although, in this volume, I wish he’d show a bit more rather than telling. Overall, this was an action-packed book that distinguishes itself from other volumes in the series, and it will make you hope for more new adventures in the series. I highly recommend it to anyone who’s a fan of some good medieval fantasy!

Some violence, but it is appropriate for the age level.
KEYWORDS