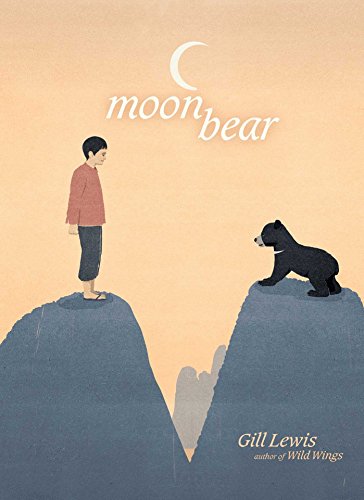 Moon Bear is about an 11-year old boy named Tam who moves to the city to earn money for his family after his father dies. While he is living in the city, he has to work at a bear bile farm. A bear bile farm is a place where the workers extract bile from bears to sell it as medicine. After a while he meets a special type of bear, a nearly endangered “Moon Bear” also called the Asian black bear. Tam recognizes this bear from when he encountered it earlier in his village. He had met this bear when he went hunting with his best friend Noy, the village chief’s youngest son. When he meets the bear again in the bear bile farm injured, he does everything he can to save it. One thing he does to help this Moon bear is to run away with it into the woods. Will they survive this journey? Read more to find out.

This book is good; one of the things I liked about this book is the plot because I never heard about a story involving kids moving to the city for work. Another interesting part of the book is how it teaches the reader about some of the things that are happening in the real world right now.

There are some things I do not like about this book. For example, the story was too depressing because of all the things that happen to Tam. Another unfortunate part of this book is that in the end it didn’t describe how Tam built the conservation center.

Over all this book is good but I would only recommend it for people who don’t get too attached to books or get too emotional when reading them.

this book is a really sad book but it has nothing offensive or bad this could be a book for anyone.
KEYWORDS

Read more reviews by this Litpick Book Reviewer: owen44839
Recommend this book and review to your friends on Facebook