Mistry by Moonlight review by ClarissaAdeleMorgens... 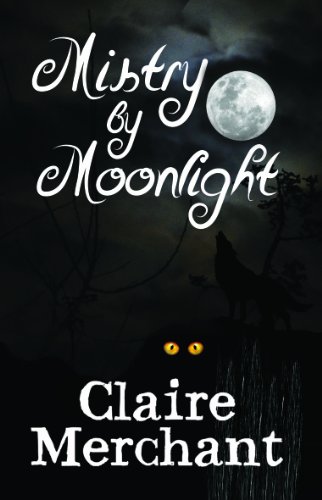 22 year old Taylor Mistry, who is in veterinary training, returns from a year abroad in Italy to her home in South Coast.   She feels like a new person.  She recently lost weight and is struggling with people's new perceptions of her and fitting back in to her hometown and old life.  On her way home from the airport, she sees and tries to help an injured wolf.   She is interrupted by a bloodcurdling screech and an unknown assailant who leaves scratches on her back.  Soon, dangerous events are occurring near Taylor, and she comes close to death several times.  To further complicate matters, her old crush is suddenly being nice to her.  She is also drawn towards the mysterious Harper, who always manages to be in the right place at the right time.  Leo, a man she met only briefly in Italy but who quickly charmed her, also shows up in South Coast.  More potentially fatal things happen to Taylor.  She finds   black widow spider on her and a tree branch falls and knocks her out.  Harper tells her a banshee has marked for death, which is attracting  other monsters.  Do all her new suitors have good intentions?   How will Taylor escape the banshee and other monsters trying to kill her?

This book was relatively good.  The reader can tell how out of place and uncertain Taylor feels after arriving in South Coast.  The author does a good job balancing Taylor's internal struggle with the outer conflict.  However, the dialogue felt a bit unnatural, and some of the characters' motives were unconvincing.  Many of the characters had only one or no defining character traits, and it was difficult to understand her attraction to some of the men interested in her,   The plot was good, especially the circumstances that caused her to be marked for death.  I also found the concept of the banshee's mark attracting other monsters and hazardous events interesting.