The League review by NathanPechacek10 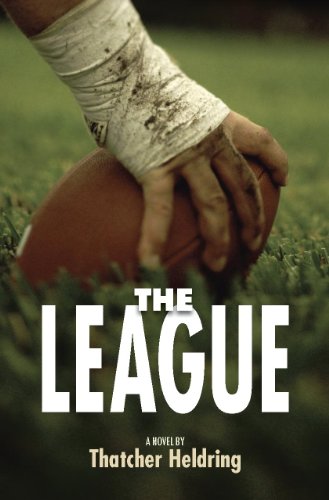 The League is a good book about a 13 year old boy, named Wyatt, who wants to play football. But his parents say football is too rough, and they sign him up for golf camp.  When his older borther, Aaron, tells him about a secret football league, called the League of Pain, Wyatt bags golf camp and joins his brother's team.  With his parents thinking he is going to camp, he struggles to keep his secret.  Is he up for everything that comes along with being part of the League of Pain?

In my opinion, if you love football, this is a good realistic book for ages 10-13. I had a difficult time putting the book down. I wanted to find out what happened to Wyatt and how it would end. I found Wyatt very different from me, which made the book more interesting. I could not predict what decisions he would make. I would strongly recommend this book for boys.

Read more reviews by this Litpick Book Reviewer: NathanPechacek10
Recommend this book and review to your friends on Facebook