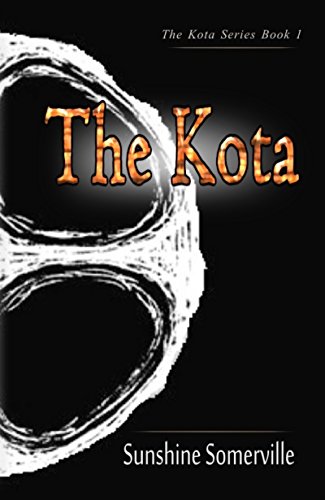 Troy Kandoya is a typical government employee who just wants to live his life in peace. But his brother, Lee, a religious leader in the mysterious and highly distrusted Kota, is making that difficult. When strange lights start appearing in the sky and some of the prophecies the Kota released start to come true, the public hatred towards the Kota rises. Lee then approaches Troy with the craziest idea of all.

According to Lee, the Kota prophecies foretell four marked children, who will be born sometime in the future, and will save the world from the greatest evil it will ever face. The strangest part is Lee believes that he and Troy are essential to this prophecy coming to pass. One brother will bear the children, and the other will raise them.

Troy is skeptical, but as his life keeps getting stranger and he discovers he has new abilities he never could’ve dreamed of, he starts to wonder if his brother is on to something. Five hundred years in the future, Loree, Zaak, Ryu, and Alex are scattered around the globe, each fighting a different battle, unaware of their connection to the others. Will Troy be able to unite them all to save the world? Or will their individual struggles be too much for them to overcome?

While the premise is very intriguing, the book moves very slowly. I felt like the four marked children were introduced too late in the book, and Troy’s story, which had very little action, could’ve been better told as flashbacks rather than all at once. I enjoyed that the characters had their own struggles and individual battles to fight before the group came together, but I did feel that some of the things they accomplished happened a little too easily.

I also liked the character growth of each of the four, and I liked being able to watch them come to terms with their part in saving the world. The time switches were a little confusing, and I felt that there were too many other groups and needless additions that overcomplicated the story. However, the ideas were very interesting and unlike anything I’ve read before.

I’d recommend this book to anyone looking for a new sci-fi read.

There wasn't anything offensive in this book, though some of the concepts may be hard for younger readers to understand.
KEYWORDS