The Heir (Kick!) review by Anissa 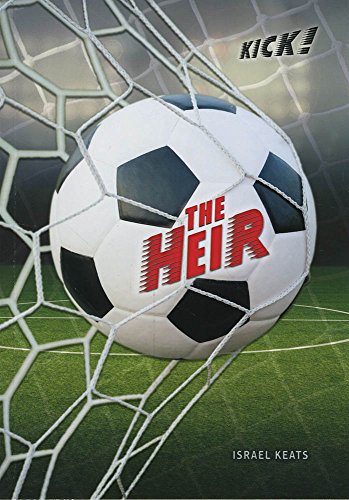 The Heir is about a boy named Rob, who is the son of a former soccer pro. His dad made it to the World Cup competition, and Rob wants to someday be there too. When his friend, Taylor, quits soccer to join a band, Rob gets nervous. Taylor has been playing soccer with him for years. When Taylor asks him to join the band, Rob joins, but then he realizes he might have to miss some soccer games for the band. Is that something he will sacrifice? It just gets worse when the soccer tournament is on the same day as a band performance. Which will Rob go to?

The Heir is a great book that makes the reader feel just like Rob, the main character. I like this book because it has wonderful descriptions of the characters, making it easy to visualize and feel the story's conflicts. It also shows that you don’t have to do only one activity; for example, Rob joins soccer and a band. I recommend this book for kids ages 10 through 12, because of its positive moral leanings and amazing descriptive words.

Read more reviews by this Litpick Book Reviewer: Anissa
Recommend this book and review to your friends on Facebook