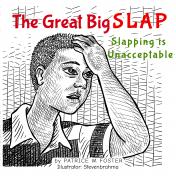 glitterunicorn9
Age at time of review - 10
Reviewer's Location - Lexington, Massachusetts, United States
View glitterunicorn9's profile
Christopher and his mom did not have a lot of money. Unlike Christopher, William's family is wealthy. William has a little sister whose name is Sarah.  Christopher was always mean to Sarah and bullied her, which made Sarah cry often. William and Sarah decide to go to a very expensive summer camp. Sarah is excited as she thinks Christopher will not be there due to the camp being very expensive. However, Christopher won a competition and was able to attend the camp. On the last day of camp, there was an event called parents' night. While Sarah was decorating the stage, Christopher called her very mean names. William heard this and came running to the stage where he slapped Christopher! Will William apologize and do what's right? And will Christopher learn to be nice to Sarah?

I really enjoyed reading this book. The first thing I liked is that it teaches the readers a lesson about hurting others. The book shows how William and Christopher felt sad when things didn't go their way, and they lashed out at each other. However, in the end, they learned that violence or being mean is unacceptable. Another thing I liked was the illustrations. The illustrations had a lot of details and helped show me what was happening in the book. The last thing I liked was that there were two main characters who both offered a different perspective on the story. One thing that I didn't like was that the scenes switched so quickly as I found this a little confusing. Overall, I highly recommend this book to young readers!
Rating:
4
Content Rating:

This book is good for children
KEYWORDS

Read more reviews by this Litpick Book Reviewer: glitterunicorn9
Recommend this book and review to your friends on Facebook