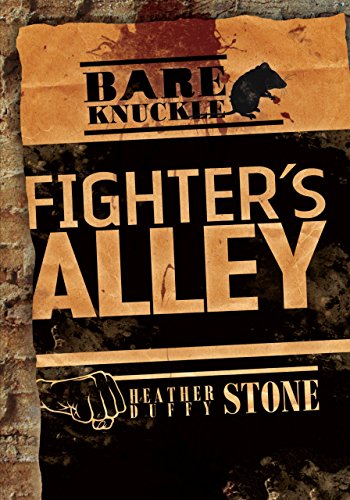 "Fighter's Alley" is a book about a boy named Will whose father was campaigning for mayor.  Will was not allowed to do anything "disgraceful" because it might ruin his father's campaign.  But while Will was waiting for his father to pick him up one day, he heard a noise down the alley.  It was a boxing match going on at a club called the Woodrat.  As soon as he watched one match he was in love.  So, day after day, he went back to watch the fights, until one day someone in the boxing ring needed someone to box with.   The people at the Woodrat asked him if he wanted to box.  His answer was "Yes," and after that match he just couldn't stay away from boxing.  So, since his father considers that disgraceful, he had to hide it from his father and his mother.  Find out how he hid it from his parents in "Fighter's Alley!"

"Fighter's Alley" was a predictable book because when I was about halfway through I could tell what would happen at the end.  The book is not too, too exciting, but is something to read if you’re bored.  It is nothing special and very short (I finished in less than a day and a half).  The characters were not very relatable to me; I didn’t feel like they were believable.  I would recommend this book to boys ages ten through twelve because the book is mainly about boxing, some of the words are a little hard for younger kids, and I don‘t think it would catch the attention of kids over twelve.

Lots of boxing, some of the characters lose blood, a street fight, name-calling, and lying to parents.
KEYWORDS