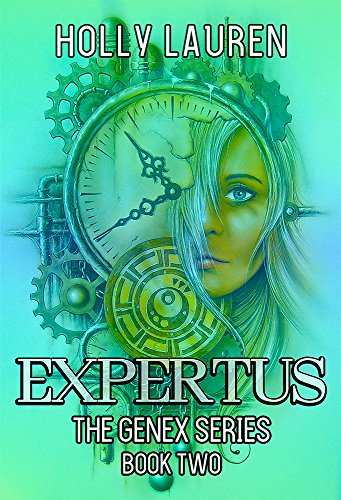 Having realized the importance of her newfound abilities, Chapel trains harder than ever alongside Zay and his team. However, all is not perfect between the lovebirds. While Zay is a member of Thanatos, Chapel was forced into pledging Bellum, putting the two on opposite sides of the battle for new GenExes. To add fuel to the fire, Zay’s ex-friend and Chapel’s attractive Bellum recruiter, Gabriel Luxe, is back in town, and he may want to be more than Chapel’s platonic friend. And boys aren’t Chapel’s only problem. Her mother, who just moved to D.C., has been communicating with her supposedly dead father for who knows how long, and on top of that, Chapel has started having oddly vivid recurring nightmares of her best friend’s death. If that weren't enough, someone is trying to kill Chapel. Can Chapel save herself, her friends, and her love life? Or will her life as she knows it end for good?

I wasn’t in love with this book. While it never bored me, I had a hard time seeing Chapel and Zay as a couple. Their relentless pattern of fighting and making up without ever resolving their initial problems got old very quickly and detracted from the plot. I felt that both Chapel and Zay were very emotionally immature and would often do things out of pure spite. Once in a while can be entertaining, but it was present far too often throughout the book.

I did enjoy the further explanation of GenEx society, and many of my questions from the first book were answered. I wish more time had been spent on furthering the story of Chapel’s introduction to GenEx society and her place in it rather than her relationship with Zay because about a third of the way into the book I started rooting against them as a couple. All in all, the second book in the series was much like the first, the only difference being who is trying to hurt Chapel.

I recommend this book to anyone who enjoyed Tempus, the first book in the GenEx saga.

There was some graphic violence.
KEYWORDS