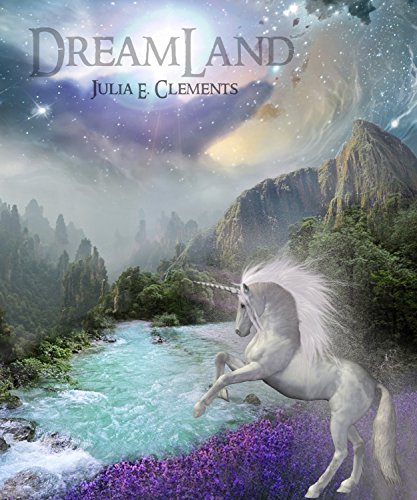 Nine-year old Daniel Green is not like your average kid. When he goes to sleep he has nightmares, terrible nightmares, that always end up with him being swallowed up in the darkness by a dark cloud, taking himself and his treehouse with him. On Danny's 10th birthday, his mother presents him with a gift...but not just any gift. It's a ticket to DreamLand! At first Danny thinks his mother is just making a silly joke, but she is serious. She tells him to go to sleep without doing anything before it, and when he finally drifts away to DreamLand, he is in a place where he can control everything! It's just like one of his books! He can dream himself fighting pirates on the sea, dream himself riding merry-go-rounds at the fair, and make new friends along the way!

Sounds to good to be true? It is!  A few moments after he arives, Argill the cricket warns him not to go into the dark forest. The dark forest borders the edge of DreamLand and that's where all the monsters live. The dark Forest borders the edges of all the children's DreamLands. He also tells him that the unicorns do know the way in and usually stay along the edge of the forest.

Danny doesn't listen to Argill. He persuades his new friend Tom, the gnome, and Lucy to go with him to the edge of the border of the forest to go and see unicorns.

After they arrive, they soon meet Argenta the queen of Unicorns. She tells him how an evil giant named Grullo attacked her and the rest of the unicorns and took her son Joey into the dark forest.

She asks Joey and his friends, Tom, Lucy, and their new friend Lucinda, the fairy, to help her find him. Of course, they say yes, even though they are frightened at the request to go into the dark forest.

Who knows what kind of monsters are lurking in the shadows?

I really liked this book. It is very suspenseful. At the end of each sentence, there is so much suspense that is being built up, it urges you to continue on reading.

I also really like the characters. They always happen to find themselves in a heap of trouble throughout the dark forest.

I think that any 8-12 year old who loves using their imaginations, loves fantasy themed books, and loves cliffhangers at the end of each chapter that leaves you wanting more, will absolutely adore this book.

I give this book a 5 star rating. The character's are very charming, and the overall plot of this book is very clever.
KEYWORDS

Read more reviews by this Litpick Book Reviewer: tonib
Recommend this book and review to your friends on Facebook