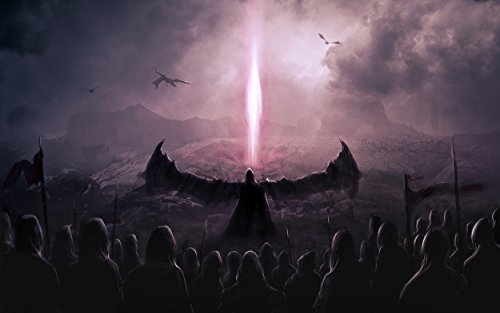 The legionnaire is the son of a minor noble of the Athos Empire, which rules over a small part on the Athos Mountains. According to the tradition of his family, the protagonist joins the Imperial Legion and graduates at the top of his class. His hard work and dedication earns him promotion after promotion, and he soon finds himself as the Fort General of the Mountain Fort Gamma. These forts are situated on the border of the Athos Empire and protect it from attacks.

Everything is going perfect in the life of the legionnaire until he is given an order to investigate some suspicious activities in a nearby cave. The investigation leads the protagonist and his men in the middle of an ambush, and he is taken hostage by the Kingdom forces-an enemy of the Athos Empire. Instead of the usual torture that is subjected on a prisoner, the legionnaire is sent to a secret facility where experiments are done on him.

The legionnaire manages to escape from the clutches of the Kingdom but soon grows two wings on either side of his back-a consequence of the experiments that were done on him. His own people start thinking of him as a beast and try to kill him. The legionnaire runs away from the Athos Mountains in search of a place where he will be accepted in spite of the unusual wings on his back.

These two wings are what makes the legionnaire a kind of dragon, thus giving the name of the book-Dragon Kindred. To start a new life, the legionnaire gives himself a new name-Issen. His quest to find a place where he can finally settle makes Issen some good friends, enemies who want to kill and also puts him into some life threatening situations.

Can Issen navigate through this dangerous world and find a place where he shall finally be accepted?

The book kept me hooked from the beginning until the end. The writing style of the author captivates a reader’s mind, making him/her desiring for more. If, after reading the book’s summary, you are thinking that this is one of those fairy-tale-type novels in which the protagonist fights a few monsters to a happily ever after ending, then you are definitely wrong. There indeed were many such incidents in this book, but they went on to deliver a really fantastic ending. I love how many sub-plots blended to become one storyline.

There were one or two typos I spotted, but I doubt a normal reader would spot these as I was reading this book from a reviewer’s perspective. I personally felt that there were some unnecessary elongation of the plot and also some inessential descriptions of certain things.

Having said that, I have no other issues with this book. The novel was really exciting and also really suspenseful. I have to admit that it did keep me up late at night sometimes. The book was 577 pages, and I would place it in the fantasy genre. The things I mentioned in the previous paragraph were just minor, so they didn't affect the book’s overall rating. As a last word, I would like to say that I definitely recommend this book to all fans of this genre and also to readers who love suspense and adventure. I am sure you’ll love it.

There was a short scene in which there was some mature content (an attempted rape).
KEYWORDS

Read more reviews by Litpick Book Reviewer: wasif_ahd
Recommend this book and review to your friends on Facebook