The Darkest Corners review by amandaspk17 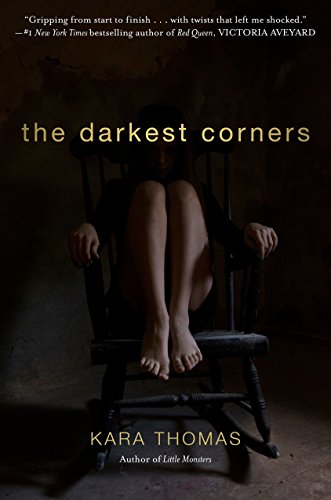 The Darkest Corners by Kara Thomas is a look inside a murder investigation gone wrong - 10 years after the murderer was put on death row. Tessa returns to her hometown after 10 years to visit her dying father in jail, only to stay longer than expected when the serial killer she and her childhood friend, Callie, put on death row for the murder of Callie’s cousin attempts an appeal. In order to determine if they caught the right man, Tessa must delve into the dark summer of her childhood when Callie’s cousin was murdered, her father was put in jail, and both her mother and her sister disappeared. This thriller has many twists and turns that make you question everyone as you discover the secrets of Tessa’s history.

From the very first chapter, I was hooked on this book. Kara Thomas does a great job of setting up the reader with suspense and questions that need to be answered. I never felt like I was being dragged along or that sections were being drawn out too long. The storyline made logical sense with both the timeline and the characters involved. I especially love the way she ended the novel. You think it's all wrapped up and then “bam,” an ending you never saw coming!

The novel contains descriptions of and references to prostitution and teen drinking.
KEYWORDS

Read more reviews by this Litpick Book Reviewer: amandaspk17
Recommend this book and review to your friends on Facebook