Crown of Three review by jotaf 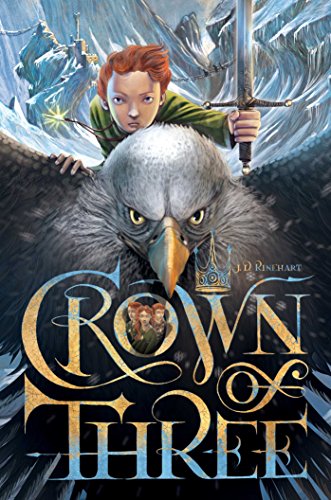 Crown of Three is a book about three triplets, two boys and a girl, who have been separated at birth.  Each of the children had been given to a different guardian to protect them from their evil father, King Brutan.  Agulphus, or Gulph as he likes to be called, was abandoned by his original protector.  Taken in by circus performers, he now lives out on the streets with the rest of his band.  Left in the Icy Wastes of Yalasti, Tarlan was found by a frost witch as a baby, and now lives with her in the Yalasti Mountains.  Elodie has lived under the roof of her original protector as a pampered princess, spoiled since the day she went to live with him.  Finally, thirteen years after their births, the time has come to join forces and overthrow the evil king.  But this won’t be as easy as it may seem; first they have to overcome some impossible challenges.  Also, they will have to find each other first!  Will the triplets find each other?  Will they have the strength to overcome the obstacles and overthrow the king?  Find out in the adventure of Crown of Three!

I thought Crown of Three was an enjoyable book filled with action, suspense, and adventure.  The author, J. D. Blackthorn, did a good job making the characters come alive.  He made the world in which the book takes place very interesting, also.  I really liked when each of the triplets discovered their powers.  My favorite character was Tarlan, because he is resourceful and can think his way out of a tough situation.  I can't think of anything I didn't like about this book.  This is a great book for anyone who loves fantasy mixed with adventure.  I would recommend this book to ages eleven and up.