Crown of Midnight review by DJ_RESH_RESH 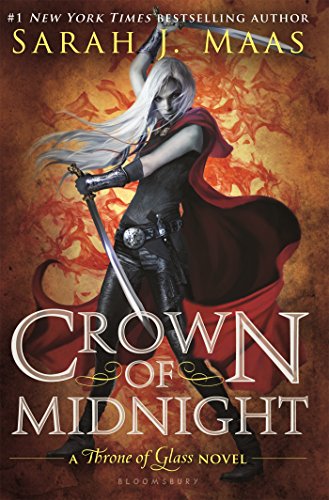 Crown of Midnight
by Sarah J. Maas
Age Range - 12 and up
Genre - Adventure

After beating Cain, Adarlan’s Assassin, Celaena now has the honorable position of the King’s Champion; not that she wants it. As the King’s Champion she now has to “take care” of all the kings foes no matter what her heart is telling her to do, but of course Celaena never plays by the rules even if her neck is on the line. She starts helping the people, who the king ordered dead, escape because she hates the King for what he did to her family and her birthplace. Not to mention she is slowly falling for the man who shows no emotion, Chaol. As she learns more about the truth, the more dangerous it gets and suddenly her former crush, Dorian is getting mysterious powers. Even though she beat Cain, a man with a dark power, that dark power is still lurking within in the castle and it is Adarlan’s Assassin’s destiny to get rid of it.

Honestly, this was one of the best books I have ever read. The author Sarah J. Maas  did a good job at creating specific character personalities and then using those character personalities to influence their decisions. For example, the author portrayed the King as heartless and most of the decisions the King made only helped him gain power at the cost of others lives and well-being. The author also depicted the setting well. Every time she described how cold it was, it made me shiver and she made you feel like you were in an old castle. She used the perfect vocabulary to describe each scene. I could not find anything wrong with this book. It had everything in a book I was looking for and the ending was genius. It was a cliffhanger that left me begging for more.

There is some cussing and romance.
KEYWORDS

Read more reviews by this Litpick Book Reviewer: DJ_RESH_RESH
Recommend this book and review to your friends on Facebook