The Cake House review by Star360 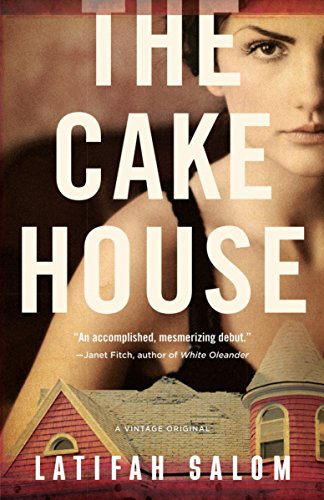 Decked in tacky pink paint and white trim, the Cake House sticks out in its quiet Los Angeles neighborhood. It’s a house that demands attention, but what happens inside goes far beyond an ugly color scheme. The unusual home hides a mess of antiques and family dysfunction, and at the heart of it is thirteen-year-old Rosaura Douglas. She’s a plain girl; the only unique things about her are her circumstances. Her flamboyant mother recently left her father to be with Claude, a slick salesman with a mercurial son, Alex. Dad didn’t take it too well, and he ended up taking his life. Rosie can’t believe that her dad would ever leave her like that, and her fears seem to be confirmed when she sees her father’s ghost. Are the ghost and his warnings of Claude real? To find out what’s really going on in the Cake House, Rosaura will need all her wits about her, even as she stumbles through the maze of adolescence.

You can have your cake and eat it too, but this Cake comes with a serious disclaimer. While it seems like Salom is heading for a creepy Shakespearean family tangle, Hamlet this is not. As a lover of mysteries and psychological dramas, I thought that this book would be perfect for me. Alas, this novel didn’t learn that brevity is the soul of wit.

Salom’s sentence structures are well-developed, not littered with excess adjectives and adverbs. I never had to flip back pages in confusion, which is always a plus. However, I felt that the book’s plot got dry quickly. I’m all for a good remake, but the Hamlet elements seem forced. There was Claude (from King Claudius), a mother that doesn’t inspire much sympathy, Alex’s weird hints of an Oedipus complex, and the father’s ghost. Claude was a dull, dull villain. He was too bipolar (Nice dad! Bad dad!) for me to ever get a solid analysis of him. The father’s ghost was simply bizarre. It worked in Elizabethan England, but I don’t think that today’s audience will buy the Look! It’s a ghost giving me warnings because I don’t have the common sense to see them myself! storyline. I would have rather seen Rosaura do her own investigative work without having to rely on a dead person.

While I liked the idea of reading from a young girl’s perspective, I really disliked Rosaura by the end. She is nothing like the pensive woman on the cover; instead, she mopes around, makes rash decisions, has unfortunate friends, and seems rather out of place in the story. With a few tweaks, if Salom had inserted a twenty- or even thirty-something-year-old woman I would have found the tale more realistic. In fact, I wouldn’t recommend this book to any of my friends. Teens don’t necessarily need a breathtaking romance or epic fights to love a story, but they do need a fast-moving plot with relatable characters. Despite its great promise, The Cake House didn’t make the cut for me.