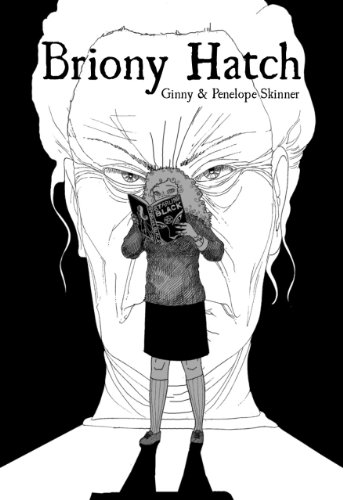 Fourteen year old Briony struggles with being normal. She has always been obsessed with a book series, unlike all the other girls at school. Now that her book series has ended, she becomes depressed about all aspects of her life. Because she will not accept reality, Briony decides to summon a ghost, which ends up working. Unfortunately, it was the ghost of the person whose house who she just moved in to. Now she has to help her dead great aunt cross over and become fully dead. But since she is just a normal girl, who has learned about magic only from what she read, will she be able to do it?

This book was decent with its story, and the visuals were pretty good for a graphic novel. However, I do have an issue with most of the characters. Briony herself is pretty likable, and I do see some aspects of me in her. However, I have a hard time believing her claims of her being the only girl in her whole class that has not been in a relationship or has not done any drugs. Also, I do not know why she hangs out with Julia anymore, especially because she is a really bad influence. The other thing is her attraction to this goth boy, which is totally strange because it makes no sense why she would like him other than a belief that they may both like the same book series. Overall there are some things that are correct about how teenagers act, but there are others that I know are not true. I did like the ending, which was pretty open and left things off on a happy note.

There are many graphic images. Not much violence, but since it is a graphic novel there are instances when naked bodies are drawn.
KEYWORDS