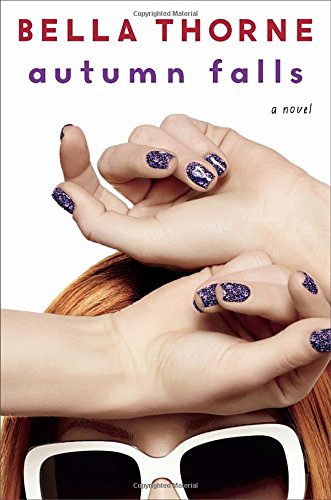 The book that I am reviewing is Autumn Falls by Bella Thorne. It’s a very good book and it kept me reading! There is a moderate amount of mature content like swear words and talk about puberty and dating. I would recommend this book to people in grades 8 and up.

The main character in this book is Autumn Falls. She, her older brother, and their mother just recently moved to Aventura, Florida from Maryland after their father died in a car crash. Autumn starts school in the middle of the year which is hard for her, as you could imagine.

Three kids by the names of Amalita, Jack, and J.J take Autumn under their wing and they become good friends. Meanwhile there is a mean girl named Reenzie who is the ringleader of the most popular group in the school. Reenzie makes Autumn’s school life miserable. She posts mean pictures of Autumn so the entire school can see them. She also starts a terrible rumor about Autumn that is far from true.

While all of this is happening, Autumn’s elderly grandmother is in a nursing home because she just recently suffered a stroke. She has a special gift for Autumn. It is a journal from Autumn’s father that her grandmother said her father wanted her to have. It has special powers that no other journal has.

Autumn then starts a relationship with a drop dead gorgeous guy named Sean. Reenzie really likes Sean and is super jealous of Autumn. Autumn’s school life becomes even more miserable. Meanwhile Autumn’s friend Amalita is very excited about a contest going on that involves an internet superstar that all the teenage girls love. Amalita wants herself or Autumn to win so they can meet the superstar.

The harassment Autumn faces from Reenzie is getting worse everyday. Autumn has talked to the principal about her but she said that if there is not evidence, Reenzie cannot be punished. So Autumn and Amalita come up with a plan to gather evidence so Reenzie can be punished.

To find out what the journal’s special power is, if Amalita or Autumn win the superstar contest, and what Amalita and Autumn’s plan is to gather evidence read Autumn Falls by Bella Thorne.

I thought it was a very good book! I loved how it kept me reading. The reason why I kept reading was that I wanted to find out what would happen with Reenzie and Autumn. I also could relate to some of the things that happened in the book. That is always a good atribute of a book!

There are some swear words and the book discusses puberty and dating.
KEYWORDS

Read more reviews by Litpick Student Book Reviewer: Peace8747
Recommend this book and review to your friends on Facebook