The Audition review by hawkreader10 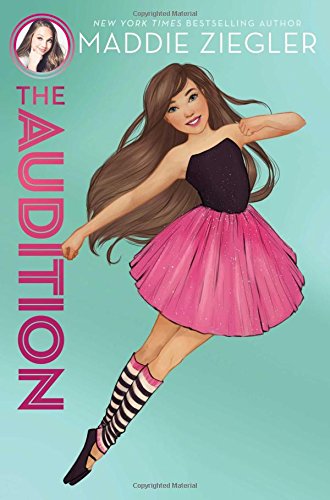 Have you ever had to stop what you love, leave who you know, and move to a different place? Then you might understand how Harper McCoy feels; she is the main character in The Audition by Maddie Ziegler.

Harper has been dancing since she was a toddler and is finally one of the top dancers on her competitive dance team in Connecticut. Then her parents decide to move to Florida for work. She’s determined to get accepted into a dance studio in Florida and quickly make her way to the top, but it is not nearly that easy.

Harper does make the team, but once on it, realizes that there are only four girls besides herself. There is another new girl named Lily and three girls who call themselves the “bunheads” who have been dancing together since they were toddlers. Harper and Lily become friends, but the bunheads seem to hold a grudge against them. They think it is Harper and Lily’s fault that their two previous team members, the “bells” moved to Energii, another super-competitive dance studio.

To make things worse, there’s a really difficult jump combo that everyone on the team can do - except Harper. Will she and Lily be able to learn the steps and bond with the team before their first competition?

The Audition by Maddie Ziegler is an exciting, real-life dance story. The characters’ feelings were well described so that I understood and cared about them. The fast action and suspense definitely held my attention.

The Audition opened a window into the world of competitive dance and would be especially interesting for girls who are dancers themselves. I liked how the story emphasized the values of teamwork, friendship, acceptance, and perseverance. I would recommend this book for girls ages 8-14.

There was no inappropriate, offensive, or religious content in this book.
KEYWORDS

Read more reviews by Litpick Student Book Reviewer: hawkreader10
Recommend this book and review to your friends on Facebook