And I Darken review by ongsai 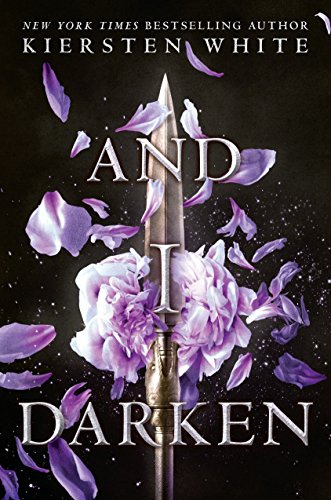 Lada Dragwlya has claimed Wallachia as her own since birth. It is her homeland, the place where her ambition was fostered and her spine of steel cast. After being taken from and left in an enemy empire by her father, Lada's life is one of survival: she must return to Wallachia. However, for all her physical fierceness of unbeaten record of fights, the force of the Ottoman Empire is not something she can win over by simply slashing a sword at it. The finesse of alliances and politics is not something Lada has the ability to conquer, though her younger brother, Radu, has managed to make it his talent. Radu was always the whimpering child in her past, but there is a bond between them that keeps them safe and makes them stronger, regardless of the harsh treatment of the stronger sister to the softer brother. The only thing that could come between them was Mehmed, the Ottoman sultan. A man who represented the nation that had imprisoned them. A man that both siblings love and unknowingly blinded them to what their original goal had been (returning home to Wallachia).

I thoroughly enjoyed the characters of this book, if not the plotline. Lada is a kick-butt, no-nonsense, bite-your-head-off kind of young lady, yet she has her weaknesses as any person does, which White does a pretty good job of tying into the major conflict. Radu is her polar opposite younger brother, someone who would rather talk first than fight, someone who has all the aesthetic charms of a young man, someone who was always cowering in the corner and needed to be protected. What I love about their relationship is that Lada is always picking on Radu, and Radu consistently voices his hatred at this bullying, yet they both know that those events in their childhood were not without reason or tact.

Lada was the oldest and she would always look out for her younger sibling. She tormented him because there would come a day when she wouldn't be there to bail him out. She made him scared of her because compared to the outside world they would soon meet, Lada was much worse. And despite all of the tangled relationships that happen in the middle of the book, the end of the book still has the connection between the two, that each of them is a part of the definition of home.

Lada is just an awesome character. She most definitely does not follow gender roles of the times, even though her discomfort of being around those who thrive in those set roles is well portrayed. I believe that this kind of discomfort is a well written characteristic because it shows that feminism is not just trying to be equal to men in their sphere, but also taking advantage of their own natural gifts and using them as a weapon. The concubines with the palace are set to emphasize this, one named Huma being an especially crafty one. There is also an extreme sense of patriotism and family loyalty that I admire about Lada. Wallachia has always been her home, and Radu has always been her brother. Differences and obstacles would never make her deny those facts, and certain decisions and events only help in solidifying them in her heart.

Radu is an interesting character as well because he's one that the reader sees grow up. He uses the traits that Lada made fun of him for to build himself a reputation in court. He is also a homosexual, which adds an obstacle where both he and Lada are trying to claim the same man. He is a kind soul, but his life pains are conveyed very well.

The plotline itself was an interesting take because it's on the Ottoman Empire, not an area that I read too much about in fantasy. White notes at the end of the book that this story was based off of historical references but that she wanted to "carve a middle ground" where she could create a world where readers could appreciate good and bad sides of real-life figures, sides that history failed to expand on.

I would highly recommend this to any reader who is interested on a different spin in fantasy/royalty politics. It's a good read for those who want a new spin on fantasy based feminism, as well as for those who just like feisty characters and strong battles.