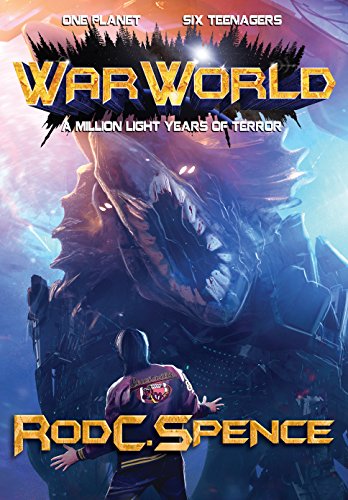 Praise for War World“*****FIVE-PLUS STARS to War World - deliciously unpredictable fiction from an expert storyteller - it's a well-written winner.” —Publishers Daily Review“Killer gnomes, wizards, prehistoric monsters— War World grabs readers from the first page and doesn't let go – the action is high-octane, pulling teens and adult readers alike - about as far from H.G. Wells as you can get.”—Midwest Book Review“Spence has created an exciting world, one that sinks its claws into you - this is definitely one Sci-Fi series that I can get behind.”—AbooktropolisOne planet - 6 teenagers - a million light years of terror. School field trips shouldn't be this dangerous.Jeremy Austin never asked to save a planet--it's bad enough being a "B"average student as the son of a world-famous geneticist for crying out loud! He didn't ask to be attacked by Gnome assassins, didn't choose to become food for a prehistoric monster, would never have thought consorting with wizards a wise concept, and he definitely would never, ever sign up to do sword combat against the bloodthirsty Gnome King. Note to self: say NO to portals and wormholes. His father's expedition to a planet 2.4 million light years from Earth has gone missing. Jeremy and five high school friends embark on a rescue mission. Surrounded by an army of mercenaries, they travel through a high-tech portal and discover a nightmare planet on the other side--a violent world of alien races and man-eating monsters--a world in despair; anxiously awaiting the arrival of a savior who will defeat the evil Shadow Lord. For Jeremy, the search for his father becomes lost in a struggle for survival... and escape from those who would put the mantel of planet savior on his shoulders.A doomed expedition. Surrounded by aliens. Running out of time. Note to readers: This young adult, sci fi, fantasy contains a lot of action and adventure (think Jurassic Park meets Lord of the Rings), high school teens with issues (murder, bullying and juvenile pranks gone awry), genetic engineering (the world must have a new super soldier) and survival skills put to the test (monsters, aliens and mercenaries... oh my). So if you like a fast pace, some comic banter and a mysterious, deadly world to explore, this book series is for you! Includes preview of Book 2 of War World: Paladin. Q & A with the Author Q - How would you describe the War World series? A - Survival... in the vein of Crichton's Jurassic Park. Life on planet Genesis was supposed to be controlled, safe. It's anything but... The planet's humanoid races are violent killers. War World sends a group of high school students on a field trip to hell. There is lots of action, adventure, fantasy settings, and magic. There are even nefarious government agents and an army of mercenaries who think they can go through a portal and tame the dangers of the alien planet. Right... Q - Where did the idea for War World come from? What was the inspiration? A - My first big novel to read as a teenager was The Sword of Shannara- that led to reading The Hobbit and the Lord of the Rings novels while recuperating from having four wisdom teeth removed one Christmas. So fantasy became a favorite of mine. Additionally, I've always been a fan of Michael Crichton's novels and his technothriller movies: Westworld, Jurassic Park, Sphere- the idea of technology running amok. War World grew out of a 'what if.'- What if modern weapons interacted with Middle Earth?- What would normal teenage American high school students do if suddenly thrust into a world dominated by Gnomes, Trolls, Elves, Dwarves, knights and wizards?- What if this world was a lot like the television series, Lost? Hidden bunkers, new and old technology and a mysterious expedition gone missing.
3 Votes

War World is a book about the TerraGen kids and their quest to save their parents from a hostile planet. Technology is developing at an extremely fast rate and startup companies are becoming overnight billionaires. One of those companies is called TerraGen, and they developed the world's first quantum computer. Unbeknownst to everyone, TerraGen has also made a device capable of making a wormhole to different planets, traveling light-years in seconds. Unfortunately, after TerraGen sends a team of scientists on an expedition, they are unable to open the wormhole back up.

War World by Rod C. Spence is about the future in which new technology has been invented and the leading company, TerraGen, has it all. Six TerraGen workers’ kids go to the exact same school and have always been called The TerraGen Kids. Their parents are some of the leading scientists in the United States of America. When two of the scientists team up and design a working wormhole, a portal to another planet millions of light years away, an expedition is started away from prying eyes. 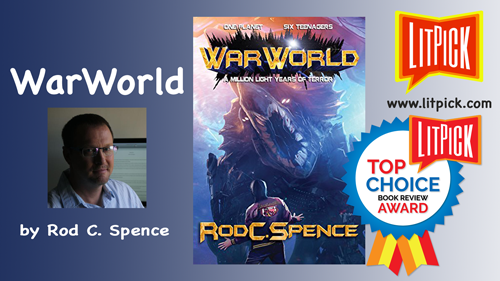