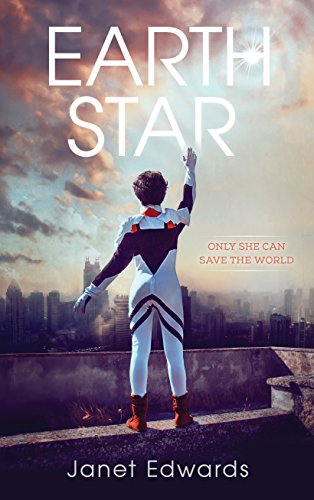 Romance, science fiction, action, and a look at the false assumptions we make about others combine in this light-hearted, fun, and well-conceived science fiction future.Only She Can Save the World. Eighteen-year-old Jarra has a lot to prove. After being awarded one of the military’s highest honors for her role in a daring rescue attempt, she finds herself—and her Ape status—in the spotlight. Jarra is one of the unlucky few born with an immune system that cannot survive on other planets. Derided as an “ape”—a “throwback”—by the rest of the universe, she is on a mission to prove that Earth Girls are just as good as anyone else. Except now the planet she loves is under threat by what could be humanity’s first ever alien contact. Jarra’s bravery—and specialist knowledge—will once again be at the center of the maelstrom, but will the rest of the universe consider Earth worth fighting for?
2 Votes

Jarra Tell Morrath was just like any other human, a college history student. Nothing special. Nothing that could distinguish her from any other person on Earth. But one thing did stand out. Her disability. The "Handicapped," as they were called in the year of 2940, were another race of human, one with an immune system that was unable to survive on any other of the thousand or so planets the human race had populated.

In a world of portals, aliens, and humanity on other planets, Jarra finds herself in a situation. As a Military Honor Child and archeologist, she and her boyfriend, Fian, find themselves in a situation. Jarra and Fian are called in to the military because of intelligent aliens, not the harmless ones but the ones that might destroy Earth! No one knows if the aliens are hostile, friendly or just exploring. Jarra is also an "ape"- someone who can only live on Earth because of a faulty immune system.