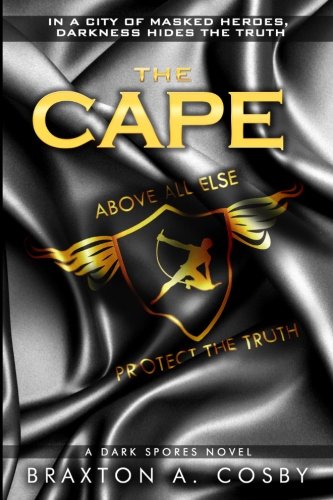 The Cape (A Dark Spores Novel) (Volume 3)
Braxton A. Cosby

The next Super hero book installment of the Dark Spores Series from award-winning author Braxton A. Cosby. IN A CITY OF MASKED HEROES, DARKNESS HIDES THE TRUTH! - A world mourning a fallen superhero. Future Chicago has become the haven for criminals and super villains of the darkest order. When an experiment goes wrong, hundreds of humans (Normals) absorb a mysterious contagion that gives rise to amazing super powers, creating a new species: Super-Normals. Some use their super powers for good, while others use their gifts for evil. Wars break out across the city and it's Good versus Evil in a grudge match to destroy the other. A nightly reality show featuring both sides' daily endeavors to create interest, captures the attention of the entire planet and Heroes are worshiped, given any and everything they desire. But there are rules to living the good life, and when one Hero breaks the ultimate rule and kills a Normal, a manhunt erupts, pitting Heroes, Villains, and the entire police force against one another in a race to capture or kill the fallen superhero. But one lone rebel emerges, hellbent on solving the murder and unraveling the secret of the Dark Spores. Yet, in the process, one question remains: will he choose the dark or light side?
2 Votes

Sebastian is a lonely kid who lives with a father who does not care about him and is an alcoholic. His uncle, who's wealthy, decides to take Sebastian under his wing and help pay for his college, as long as he works hard. When Sebastian graduates, he takes a job at his uncle's company and moves to Chicago. In Chicago, the government is falling apart and is being taken over by Super Heroes, who were created when they were out in the rain during a crazy storm.

What's this?
The Cape (A Dark Spores Novel) (Volume 3) review by nictaf 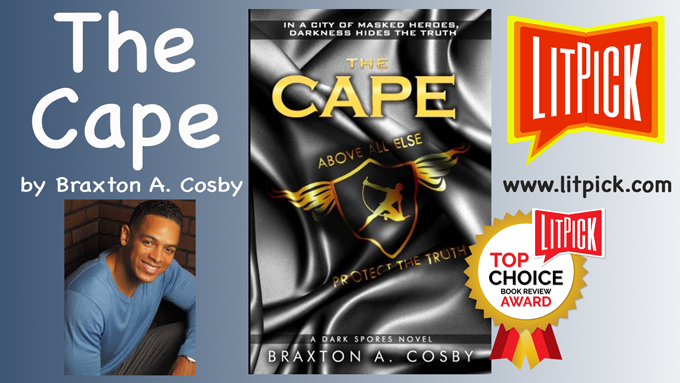 Check out the book trailer for The Cape!