Multi-Award Winning and #1 Amazon Bestselling author Braxton A. Cosby is a dreamer who transitioned his ideas on pen and paper to pixels and keyboards. He tells stories that evoke emotions and stimulate thought. THE STARCROSSED SAGA and THE SCHOOL OF MINISTRY are currently Young Adult/New Adult series he created, along with the Amazon Bestselling My Life In Story Series with Mike Clemons and three time Olympic Gold Medalist Gail Devers. His new Superhero adventure book, THE CAPE is book three of the Dark Spores Series. He is the CEO of Cosby Media Productions and lives in Georgia with his amazing wife and a highly energetic Morkie named StarKozy.

Today Braxton Cosby visits LitPick to talk about his books, books as gifts, and his favorite books as a child.

What makes books a great gift for Christmas, Hanukkah, birthdays, or any time?

Personally, I adore giving books for all occasions. You can never underestimate the power of storytelling and the wonder of finding a new story to sink your brain into; especially during the holiday time when you’re off from work or school. Stories are gifts that keep giving because you can always re-read them and find something that you may have missed the first go-around.

What as your favorite book as a child?

I loved, loved, loved, loved, any of the Beserker Series by author Fred Saberhagen. It was hard-core Sci-fi that rolled at a steady pace, giving the reader just enough imaginative detail to keep you interested, but not to blow over your head. It’s a shame that no one ever made a movie out of them. Listen up Hollywood…

Tell us about your books and why they would make great gifts.

I love a good series! So I know that readers like to invest their time in unique characters and stories that are fresh and interesting. That’s why I love my series The Star-Crossed Saga. Currently, it is written as a trilogy, but I also have written a novella as a prelude to the first book. Books 1 and 2 Protostar and Supernova, are currently out and have both won awards from Readers Favorite (gold medal and silver medal respectively for Sci-Fi books of 2013 and 2015). My media company Cosby Media Productions has already secured the screenplay adaptation for Protostar and has inked a deal to greenlight the preliminary production for the film. So if anyone is looking to get attached to series that will eventually make it to the big screen, look no further. The third book “Solstice” will be out in the middle of 2016.

Braxton, LitPick greatly appreciates all of your interviews and articles this year. We are looking forward to Solstice in 2016! Merry Christmas and Happy New Year to you and your family!

Hey, LitPickers! Today, frequent contributor Braxton Cosby joins us for an “Extra Credit” interview. Braxton is a dreamer with a vision of continuously evolving and maximizing the untapped potential of the human spirit. He received his Bachelors, Masters, and Doctorate in Physical Therapy from the University of Miami. His first novel, Protostar: The Star-Crossed Saga has won the “Readers Favorite Book of the Year Award” for Romance: Fantasy-Sci-Fi category and the “Literary Classics International Book of the Year Award” for Sci-fi Young Adult published under Cosby Media Productions/Tate Publishing. His novels are available in print and e-book formats.

I always write from some form of an outline, albeit the one I create is usually very short. What I do is set up the chapter by jotting down three to five sentences of what will happen. Then, I begin to write. My stories are very character driven, so the characters actually 'write' the content and I just help to guide them on the path of the outline.

Yes. I think that a lot of my stories incorporate people I've met before or who I know now, because I write from life experiences. This can be either consciously or subconsciously. To be honest, my latest book Supernova (Book 2 of The Star-Crossed Saga) was something I wrote about two years ago and became somewhat prophetic concerning my personal life. It was very powerful to see it unfold in my world, and that's when I knew that my writing had elevated to another level beyond what I could interpret.
What do you do when you get writer's block?

Take a big break! lol. I had only one instance of writer's block, and that was early on when I first began writing Protostar (Book 1 of The Star-Crossed Saga). I was really intimidated by the idea of creating such a compelling story that spanned over three books. Creating the world of ‘The Gemini Chronicles’ made it even bigger, and I was totally thrown off the path just two chapters in. But I collected myself when I heard God offer the idea of choice. Whether I took the opportunity to try something new - with the chance of failure or great gain - was entirely up to me. I couldn't pass it up. So I went back into the manuscript and continued, never looking back again, and I've been amazed at what God did with the story ever since. Also, I don't get writer's block anymore because I don't attempt to write when I'm not in the mood to write. It's just not something I like doing. I find that the story feels forced. It is important to me that everything read, feels and sounds natural, and that it only accomplished when I am relaxed and motivated.

It'd be a toss-up between the book I co-wrote with Bill Hughes of Star Wars fame, Matt Mercury: Plot of The Galactic Mastermind and Beserker Star by Fred Saberhagen. Both are sci-fi tales with an epic scope, and I love their flow. Matt Mercury is sci-fi lite, while Beserker Star is really heavy. I get my fix of both when I read them. It'd be cool to ride around with Matt Mercury and be one of his Rocket Rangers protecting the galaxy, and hunt down bands of Berserkers in Saberhagen's novels.
What is your favorite book-to-movie adaptation?

So far, I really enjoyed Divergent. I thought it was done very well and from a screenplay perspective, the important scenes and themes were kept in place. The Hunger Games runs a close second, along with Harry Potter.

Suzanne Collins from The Hunger Games. She is a wordsmith of the highest honor.

Wild Card! Besides writing sci-fi novels, you’re also a sports nutritionist. What attracted you to the medical field?

I was an athlete in college on my way to a brilliant career of running the hurdles. That is, until I tore my left hamstring. Once I went through the rehab process, I understood what it felt to be on the other side and wanted to give to others the same inspirational words and teachings that helped me get back on my feet. As a Physical Therapist, I do that every day, and I feel blessed to be a part of people healing. As a nutritionist, helping others be proactive about their health is just as rewarding.

Thanks for spending some extra time with us, Braxton! Check out his website, http://braxtoncosby.com, for more information about his books.

I was ‘called’ to write back in 2009 by a voice in my head one day when I was in church. God told me to create a story that I can give to young people that focuses on the value of making a connection with someone through love, that conquers everything. It had to be a book that spoke to the hearts of people of any age, filled with equal parts of excitement, heavy character building and intelligent writing that challenged readers to think. Back then, I had no idea I’d one day have the opportunity to re-launch the book with a whole new facelift, inside and out and even have my own film-making production company with a finished Screenplay ready for studio submissions. Now, with a story that I fully believe in, I’m overjoyed with the finished product of The Star-Crossed Saga. The first book Protostar is available on April 16th and the sequel Supernova already complete and in the editing phase for a next year release.

My family was not very supportive at first. They didn’t believe the assignment put on me and reluctantly followed in the vision. It was difficult to press forward, not knowing if you were going crazy. But one night, when I was out on the road traveling for a job I had at the time, I almost gave up. I had a serious case of writer’s block and I remember telling myself that I was crazy to believe that one day the book would be a movie and a great franchise. I closed my laptop and went to bed. Flipping through the television stations, I came across a pastor talking about the importance of making choices and how those choices, right or wrong, inevitably would dictate our path. Ironically, it was the same man who had written a book I was reading with a group at my church. I heard the voice again that night, encouraging me to finish what I started. From then on, I never looked back.

I love Catching Fire of the Hunger Games trilogy. Suzanne Collins is a wordsmith and knows how to build a great story. Katniss is a character that a lot of people gravitate to, but I love Peeta in the book; not the one in the movies. He’s fearless about love and knows what he wants. His dedication to keeping Katniss alive is inspiring.

Three things: finish the vision, build it, and believe in what is before you. Don’t try to do too much too soon. Slowly create something that is special and fine tune it. When it is ready, you’ll know it.

The beach. Writing Young Adult and watching the interaction of young people in a relaxed atmosphere is exhilarating. Observing their body language and their innocence is the perfect way to capture the intimacy and perfection of pure love.

I encourage everyone to follow their dreams. No dream is too big. You can truly do anything you want to if you don’t give up. Also, take the time to catch up on my works. The Windgate, a Young Adult paranormal series is out now and look for Protostar, book one of the Star-Crossed Saga, Young Adult, Sci-fi Romance which will be out in April. Both are full of characters that pop off the page and original stories that I promise you have never read about before. Thank you. 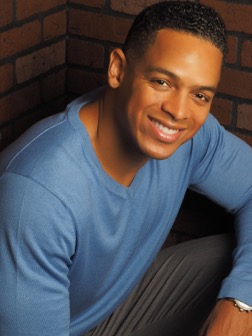