What We Hide review by sisto8 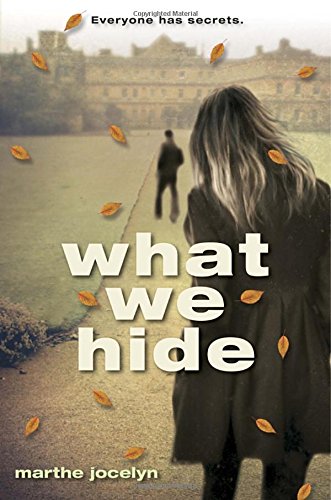 Jenny is a teenager who recently learned her brother was going to college to avoid the Vietnam draft.  Not in the states, as she expected, but in England.  She doesn’t like the idea one bit until she hears what her part in the whole plan is.  She gets to go to a boarding school in England near where her brother’s college is!   But soon after she arrives, she tells a small white lie about having a boyfriend.  The person whom she lied to makes a big deal out of Jenny’s not-so-real boyfriend.  Jenny soon realizes that she isn’t the only liar among the people in the boarding school.

This book is okay.  The characters were interesting.  They appeared in a real situation.  The first part of the book was slightly confusing because it jumps from one character's point of view to another.  I personally don’t like that in books because it makes the main character less important to the reader.  The plot was a little out of view.  The book’s plot just didn’t pop out to me like most books I read.  Some sentences didn’t look written in an understandable way.  I kept having to stop and try to understand what the author was trying to say to the reader.  Other than the small random problems, this book is a relatively good book.  I don’t recommend it for people under 14.

I suggest that the potential reader has a parent or other adult look it over first just to make sure that they think it is okay to read.
KEYWORDS