What the Night Sings review by AL6 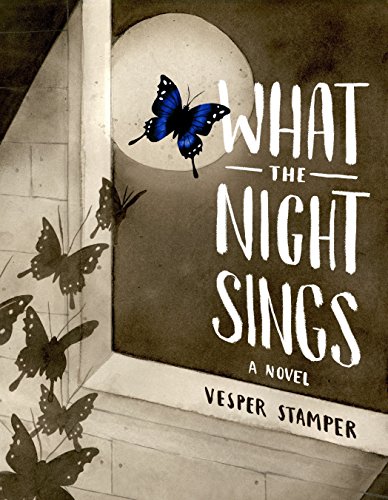 What the Night Sings by Vesper Stamper tells the story of a Jewish girl named Gerta living through the Holocaust. Gerta doesn’t know that she is Jewish until one day, Nazi soldiers break into her family’s apartment and take her and her father to a concentration camp. Gerta ends up at a concentration camp called Auschwitz, and there she is separated from her father when he is taken to die. While at Auschwitz, Gerta plays her father’s viola in the Women’s Orchestra. The Women’s Orchestra plays to greet arriving trains of Jewish people, so Gerta has to watch families being separated from each other, and she sees people being taken to die. When liberation finally comes, Gerta is stuck in the concentration camp, with no family to go to. She meets Lev, who wants to marry and start a family with her. She also meets Michah, who wants to take her away from the concentration camp to Palestine, where they can finally be free. She must choose between the two boys. What the Night Sings is a very inspiring book, and it makes you ask yourself, “Would I have survived?"

What the Night Sings is one of the best books I have ever read. The characters are all growing up, so it is easy to relate to some of their struggles, which can make the book more interesting. The plot was full of unexpected twists and turns, which kept me guessing. This book would be a good read for those interested in learning about the Holocaust. It also explores themes of survival and growing up. It was beautifully written, and I would definitely read it again. It had great detail, and I felt like the author meant every word. While it is not a book for younger children, as there is some violence and upsetting content, it could be a great book for ages 12 and up.

There is some content about the Holocaust that may not be appropriate for younger readers.
KEYWORDS

Read more reviews by this Litpick Book Reviewer: AL6
Recommend this book and review to your friends on Facebook