There Will Be Bears review by NathanPechacek10 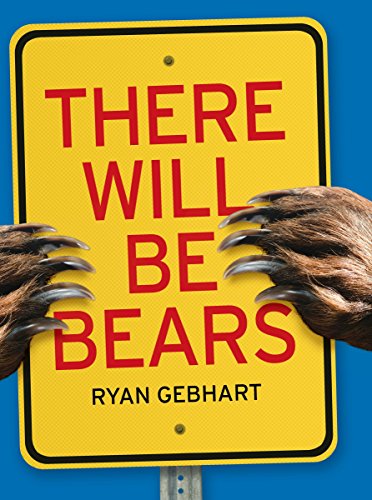 The book, There Will Be Bears, tells a story about a boy named Tyson who is highly annoyed with his parents for not allowing him to go hunting with his roughneck grandfather. Tyson's stubborn grandfather was reluctantly placed into a nursing home, with all intentions to still take his grandson hunting. Tyson's hunting intentions were focused on impressing the girl of his dreams and to show his ex-best friend, Bright, what it takes to be a real man. But when newspaper articles start appearing about a vicious, blood-thirsty grizzly bear attacking and killing campers, his parents immediately respond by terminating the hunting trip. Against his parents' permission, Tyson's determined grandfather still takes him hunting. This thrilling adventure ends up being a life and death encounter with wild life.

In my opinion, I enjoyed reading about the relationship between a grandfather and his grandson. It was an unusual bond and they did some awkward things together. I would recommend the age range most interested in this story would be 11-14 years old. The story did mention drug use and some parts were intense. Overall, the writing style was decent and the storyline was easy to follow. I did feel it was a strong ending that did not leave a reader hanging.

There was a parent that abused drugs that led to child abuse.
KEYWORDS

Read more reviews by Litpick Student Book Reviewer: NathanPechacek10
Recommend this book and review to your friends on Facebook