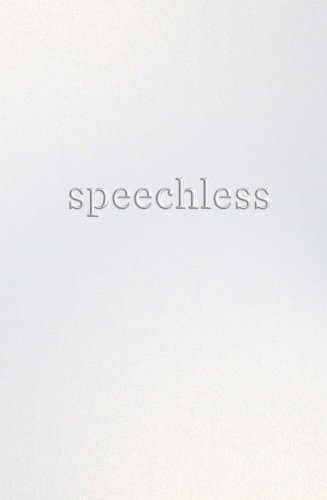 Speechless
by Hannah Harrington
Age Range - 12 and up
Genre - Fiction

Chelsea Knot is a popular and talkative sophomore at her local high school. She loves to gossip and her penchant for spreading rumors has earned her the reputation of someone who can't be trusted. Under normal circumstances, Chelsea would relish this description. But when she tells a secret that ends in a physical assault, Chelsea's world comes crashing down. Hated by both the victim's friends and the perpetrators, Chelsea decides to take a vow of silence. Not talking is hard, but learning to forgive herself is even harder. With a new set of friends and a new job, Chelsea learns that sometimes it's better to remain silent, and sometimes it's okay to speak up.

I thought that Speechless was an excellent YA novel. In the beginning, Chelsea isn't a very likable character since spreading rumors isn't very nice. But throughout the novel, she learns a very important lesson: that words (like actions) have consequences. The best part of Speechless was seeing Chelsea grow as a person and learn to think before she speaks. I also loved that Chelsea moves on from the popular crowd and makes new friends who are actually nice people. The cast of characters at the diner were all fleshed out and had their own personalities, which added a lot of depth to the novel. Overall, Speechless was a great read and had a great message of doing what's right, forgiveness and speaking out when it's important.