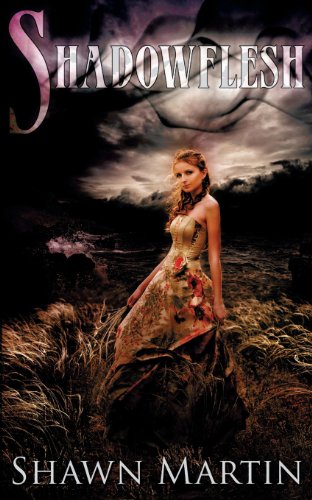 Shadowflesh
by Shawn Martin
Age Range - 12 and up
Genre - Paranormal

Aileen is angry that she had to leave her home and move across the country. She hates living in a haunted house with intriguing grandmother and oblivious parents. On her first day of school everything changes when she is pushed into the arms of the mysterious Addison. Aileen is desperate to figure out what he is hiding and why. Addison, on the other hand, just wants to forget what has happened to him and move on. Ever since he was murdered by the evil Donelle and imprisoned for hundreds of years, his only freedom is when Donelle lets him into the world to collect five souls for her to feed on. Addison hates what she makes him do, and he will do anything to get away from her. When Addison and Aileen first meet, they both know they never want to be without each other, but the circumstances are impossible.  Will Aileen and Addison ever be happy?

Shadowflesh was riveting, it was eerie and yet humorous at the same time. The plot was charismatic, but a little depressing for my taste. I enjoyed the characters and their quirky attitudes, although the atmosphere was a little dreary, but that comes with living in a haunted mansion. I felt like the romance  was a little overdone or exaggerated.  Aileen, the main character, was strong willed and a brave girl. I loved the book because of her, and her oddly nerdy friends.  Addison was boring. I liked how nice he was, but his attitude was tiring (being trapped in a prison like death sentence and having to kill random people probably does that to you though). The creative story-line really moved the book along, it mixed everyday life, and the supernatural together exceptionally. Although the book has its flaws, it was still written very well.

The book had a little bit of inappropriate content, but not much.
KEYWORDS