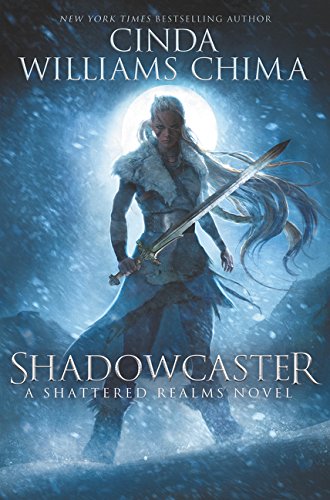 The second book in the Shattered Realms series, Shadowcaster by Cinda Williams Chima is a book following princess Alyssa ana'Raisa (Lyss) in one of her harrowing adventures. Lyss is born a warrior princess, fighting in an endless war with countless deaths, a war that has been raging since before her birth. Now Lyss is approaching her 16th birthday, so that means she is going to be eligible for marriage. With the war continuing and everyone dying, Lyss has no time to think about marrying anyone. After an attempt on Lyss's life, Lyss, with the queen's permission, puts all of the kingdom's resources into an attempt to end this war once and for all. Will the Queendom of the Fells survive this war? Will Lyss be strong enough to carry on? Find out in this stunning book!

Cinda Williams Chima wrote a captivating book in the wondrous realm that she has created. Lyss was a very well described character with her hair color, facial features, unwillingness to give up, and her big heart. The other characters were also very well-developed. This book could be a stand-alone, but you wouldn't get the full dimension of this series. You would want to at least read Flamecaster to get a background to some of these happenings. The fantasy world of Seven Realms had me hooked from the very beginning with magic and adventure. I will always keep watching and waiting for the next book in this series. I would recommend this book for ages 11 and up because there were some descriptions of death.

There was some death.
KEYWORDS