The Serpent In The Glass review by jfhxc 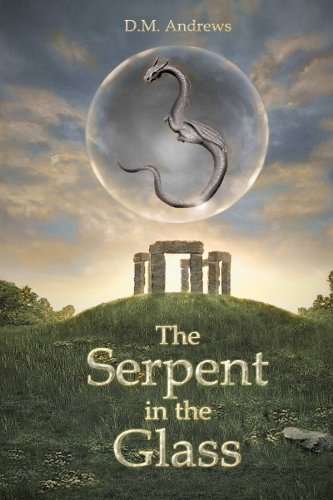 Thomas' parents are dead, and Thomas has been living with the family who adopted him for a long time. Mr. and Mrs. Westhrop don't really like Thomas, but their daughter Jessica does. So he stays. On his 11th birthday, Thomas finds out that his father did leave something for him: a strange snake in a glass and a paid education at Darkledun Manor. Jessica convinces her parents to let her go to the school also, and off they go! The rest of the story is about how Thomas discovers the secret of his school, other worlds, and the creatures that live there.

I liked the idea of this book, how descriptive the author was, and that there was never any awkward love. Also, I felt that there was an interesting plot for this story. The book was very similar to Harry Potter, but different in its own way. I really felt at certain times that I was observing the story take place, like when Thomas was opening the letter from his father. The story was super slow in most parts and wouldn’t be harmed by more action. I often was confused because there would be a flashback or a dream and I didn’t understand that it wasn’t actually part of the plot until I had read it over a couple of times. In the first dream about the serpent, I thought that it was actually happening.

Read more reviews by this Litpick Book Reviewer: jfhxc
Recommend this book and review to your friends on Facebook