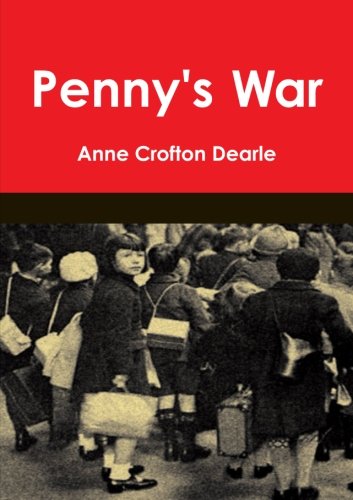 The book I read was Penny's War. This book is told from the veiw point of Grandma Penny. She tells her grandaughter  what it was like to be a war child. It starts out with Penny and her brother Peter's house, in London, being bombed during World War 2. Their mom sends them off to a tiny village away from the fighting so they will be safe. Soon they meet their foster parents and some weird things start happening. Peter and Penny begin to come to the conclusion that their foster parents are German spies. Their suspisions are only raised higher when a bombing takes place right next to their house after bright lights shine out of the windows. Can Penny and her brother figure it out before its too late?

I think this was an okay book. It explained things well so you don't have to sit there and wonder what it means. It could have been more detailed in some parts, because some things were very to the point and short. I like how it talked about real things that happened in the war too, rather than being totally untrue.  Otherwise it was a really good book.

The maturity level in this book was fine. A person probably two years younger than me would be okay reading this book. There was talk of threats, dealing with guns, and that sort of life or death situations, but not that much of it. This book could probably have been geared towards a younger age group. Overall this book is great for someone my age or younger.
KEYWORDS

Read more reviews by this Litpick Book Reviewer: blu6
Recommend this book and review to your friends on Facebook